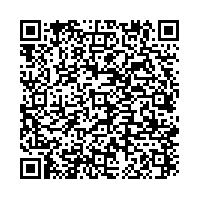 In business since 1995, Americaneagle.com had experienced isolated DDoS attacks over the past four years and mitigated them in-house. Recently, it was hit by a large scale DDoS attack directed at a customer's website. After this intense distributed denial of service attack, Americaneagle.com experienced a surge of 15 DDoS distributed denial of service attacks over the next two months. Americaneagle.com engaged Prolexic for DoS and DDoS protection after researching several DDoS mitigation providers, and a global telecommunications and Internet services provider (ISP).

"We were really impressed when we talked with Prolexic's engineers," said Ryan McElrath, chief technology officer at Americaneagle.com." The others we talked to just did not have the experience and expertise that Prolexic has."

"Web hosting companies are in critical need of reliable DDoS mitigation services since a DDoS distributed denial of service attack that brings down one hosted site can potentially cause performance problems for other customer sites, or even render them inaccessible," said Stuart Scholly, president of Prolexic. "Now Americaneagle.com can give its customers the assurance of proven Prolexic protection against DDoS."

"I couldn't be happier with Prolexic," McElrath says. "Their response times are great, whether we have an urgent or non-urgent request. Having Prolexic's protection against DDoS gives our customers and Americaneagle.com peace of mind."

To learn more, the full Americaneagle.com case study can be downloaded from www.prolexic.com/americaneagle.

Prolexic is the world's largest, most trusted Distributed Denial of Service (DDoS) mitigation provider. Able to absorb the largest and most complex attacks ever launched, Prolexic restores mission-critical Internet-facing infrastructures for global enterprises and government agencies within minutes. Ten of the world's largest banks and the leading companies in e-Commerce, SaaS, payment processing, travel/hospitality, gaming and other at-risk industries rely on Prolexic to protect their businesses. Founded in 2003 as the world's first in-the-cloud DDoS mitigation platform, Prolexic is headquartered in Hollywood, Florida and has scrubbing centers located in the Americas, Europe and Asia. To learn more about how Prolexic can stop DDoS attacks and protect your business, please visit www.prolexic.com, follow us on LinkedIn, Facebook, Google+ , YouTube , and @Prolexic on Twitter.