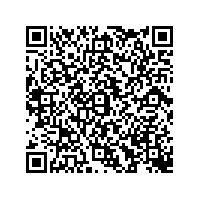 Recently, Clickpoint! suffered a Layer 4 SYN flood that started out at 80 to 100 Mbps and quickly became a series of distributed denial of service attacks that increased to 800 Mbps. The company's websites experienced downtime of approximately four hours, twice a day, over the course of a week. During these downtime periods, Clickpoint! could not provide an important part of its media service and customer account access was limited. Clickpoint! engaged Prolexic for DDoS mitigation services after previous efforts failed to mitigate the series of attacks that were escalating in size and complexity.

"Online businesses like Clickpoint! that rely so heavily on the Internet for day-to-day business operations are especially susceptible to DDoS attacks," said Stuart Scholly, president at Prolexic. "Because attacks are continuing to increase in size and complexity, they are outgrowing the level of protection that hardware appliances, ISPs, telcos, and content delivery networks typically provide."

Prolexic's DDoS mitigation engineers in the Prolexic Security Operations Center (SOC) brought all Clickpoint! sites up within minutes after routing traffic through Prolexic's global scrubbing centers. Using a combination of advanced proprietary techniques, equipment, and live monitoring best practices, Prolexic's engineers were able to quickly develop and launch countermeasures to block the changing attack vectors. Prolexic also provided real-time attack metrics on the origin of the attacks - Turkey and Romania - as well as other metrics that Clickpoint! can use to build a stronger DDoS defense with Prolexic as the cornerstone.

"No one is safe from DDoS and other types of cyber attacks," said Roberto Siano, CEO and founder of Clickpoint! Media. "With Prolexic's protection against DDoS in place, Clickpoint! can give our marketing and advertising customers absolute confidence that the critical media services they rely on will always be available and accessible."

To learn more, the full Clickpoint! Media case study can be downloaded from www.prolexic.com/clickpoint.

Prolexic is the world's largest, most trusted Distributed Denial of Service (DDoS) mitigation provider. Able to absorb the largest and most complex attacks ever launched, Prolexic restores mission-critical Internet-facing infrastructures for global enterprises and government agencies within minutes. Ten of the world's largest banks and the leading companies in e-Commerce, SaaS, payment processing, travel/hospitality, gaming and other at-risk industries rely on Prolexic to protect their businesses. Founded in 2003 as the world's first in-the-cloud DDoS mitigation platform, Prolexic is headquartered in Hollywood, Florida and has scrubbing centers located in the Americas, Europe and Asia. To learn more about how Prolexic can stop DDoS attacks and protect your business, please visit www.prolexic.com, follow us on LinkedIn, Facebook, Google+, YouTube, and @Prolexic on Twitter.