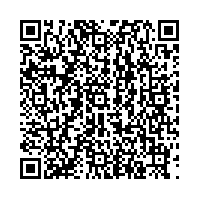 Printers, Routers and Other Internet Devices Being Hijacked to Participate in DrDoS Cyber Attacks

New Prolexic white paper explains how to secure your devices and infrastructure from SNMP, NTP and CHARGEN attacks

While DrDoS attack tactics have been used successfully for more than a decade, their popularity and effectiveness has increased during the past year. Specific DrDoS attacks target IP-based devices – printers, cameras, routers, hubs, sensors and other network devices – to take advantage of inherent vulnerabilities in standard network protocols, coopt the devices, and transform them into malicious bots.

“Protocol reflection attacks are a serious problem, but system administrators can help protect their organization and the Internet community by taking steps to avoid participating in these types of DrDoS attacks,” said Stuart Scholly, Prolexic President. “Unfortunately, the protocols were written with functionality, not security, in mind. The Internet used to be a safer place than it is now.”

DrDoS attacks using these protocols can be difficult to trace back to the malicious actor because they often involve spoofing, or faking, the origin of the attack.


The white paper, second in the DrDoS series, explains the protocol vulnerabilities and how they are used in DDoS attacks. It also identifies actions system administrators can take to reduce, or mitigate, the vulnerability of their network devices and servers.

Details of Prolexic’s DDoS mitigation activities and insights into the latest tactics, types, targets and origins of global DDoS attacks are provided in quarterly reports published by the company. A complimentary copy of Prolexic’s most recent Global DDoS Attack Report is available at www.prolexic.com/attackreports.

Prolexic is the world's largest, most trusted Distributed Denial of Service (DDoS) mitigation provider. Able to absorb the largest and most complex attacks ever launched, Prolexic restores mission-critical Internet-facing infrastructures for global enterprises and government agencies within minutes. Ten of the world's largest banks and the leading companies in e-Commerce, SaaS, payment processing, travel/hospitality, gaming and other at-risk industries rely on Prolexic to protect their businesses. Founded in 2003 as the world's first in-the-cloud DDoS mitigation platform, Prolexic is headquartered in Hollywood, Florida, and has scrubbing centers located in the Americas, Europe and Asia. To learn more about how Prolexic can stop DDoS attacks and protect your business, please visit www.prolexic.com, follow us on LinkedIn, Facebook, Google+, YouTube, and @Prolexic on Twitter.