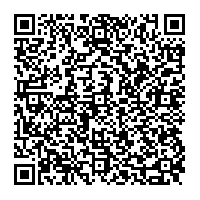 (PresseBox) ( Karlsruhe, 09-02-23 )
One year after its formation, the Wireless Cooperation Team (WCT), has achieved a number of milestones toward the development of an interface specification and compliance guidelines to integrate a universally accepted wireless solution into HART, Foundation fieldbus, PROFIBUS and PROFINET communications networks. The common interface is intended to make it easier for end-users to take advantage of evolving wireless technologies.

The collaborative effort of the WCT is sponsored by the Fieldbus Foundation, HART Communication Foundation, and Profibus Nutzerorganisation e.V. (PNO), to facilitate the acceptance of wireless technology in the manufacturing and process industries worldwide. These organizations are represented by team members from leading industry suppliers, including Emerson Process Management, Honeywell, Siemens, ABB, E+H, P&F, and Festo.

"The Project Team has made good progress this year toward the ultimate goal of a specification for a common interface to a wireless gateway with the output supporting HART®, FOUNDATION(TM) fieldbus, PROFIBUS and PROFINET communications technologies," according to Martin Zielinski, chairman of the WCT Project Steering Committee. "We are on track to validate a new specification and compliance guidelines in 2009."

Among the milestones achieved in 2008 were establishment of requirements and architecture for PROFIBUS, PROFINET and Foundation fieldbus.

The three sponsoring organizations have been collaborating on the Electronic Device Description Language (EDDL) since 2003, forming the WCT in September 2007.

The HART Communication Foundation (www.hartcomm.org) is an international, not-for-profit, membership organization supported by more than 200 companies worldwide. Founded in 1993, the Foundation is the technology owner and central authority on the HART Protocol and provides global support for more than 24 million devices installed worldwide. The Foundation manages and controls the HART standards including new technology developments and enhancements that benefit and support the needs of the industry.

The Fieldbus Foundation (www.fieldbus.org) is a not-for-profit corporation consisting of over 350 leading process and manufacturing automation companies worldwide whose major purpose is to provide an open and neutral environment for the development of a single, international, interoperable fieldbus

The Profibus Nutzerorganisation e.V. (PNO) was founded in 1989 as a non-profit organization. The PNO is owner of the PROFIBUS and PROFINET technology and responsible for further developments (www.profibus.com ). With 25 regional organizations all over the world, 1400 member companies and about 2500 different products, PROFIBUS & PROFINET International is currently the world's largest interest group for industrial communication covering all key aspects of industrial automation. More than 28 million PROFIBUS products are currently installed worldwide.