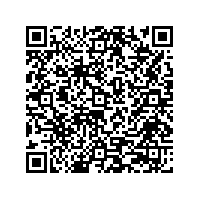 Subscribe to news
(PresseBox) ( Barcelona, 08-05-15 )
Hispanic Ferritas-FERROXCUBE and PREMO in answer to a need of the national and international markets, will develop news electrical/electronic inductive components for medium and high power converters, which work with switching frequencies between 5 and 40 kHz, such as solar or wind inverters, fuel cells, etc.

High environmental standards have been established worldwide, (for example, Kyoto's Protocol) with the aim of preventing climate change, reducing the impact of pollution, such as CO2, improving the use of energy and increasing use of renewable energies. Those standards promote new products and technologies according to them, however, they are not developed simultaneously, and consequently new and very successful technologies can coexist with other ones which were created in another circumstance.

There are not specific products in the new electronic power converters which work in switch and high power for renewable energies. Until now, the solution is use technologies which were created for other purposes; consequently the performance, answers and cost are not the best.

This project will allow us to develop by themselves a base technology to produce an improved core material for power inductors in solar inverters, and PREMO and HISPANIC FERRITAS will get a strategically position in the market, for new opportunities in new sectors such as renewable energies.

They invest in R&D to generate their self knowledge and product, to offer different answers to the market from their competitors, more value added, competitivity, reliability and energetic efficiency solutions. At the same time, they keep quality and protection the environment. This means a leadership position in an increasingly competitive and global market.

Other collaborators participate, too. Center of High Technology (Alcalá de Henares University) will be in charge of instrumentation for characterization of developed materials and reliability tests. The College of Industrial Engineering of Barcelona (Technical University of Catalonia) and Premo will develop a programmable equipment to test power AC inductors in real load conditions.

Premo Group is the main Spanish inductive components manufacturer, one of the three main Spanish electronic components exporters, being world leader in low frequency RFID. Moreover, in Spain, Premo Group has a productive centre in Barcelona and another one in the Technological Park of Andalusia in Malaga. Besides, they have two production centres in Wuxi (China) and another one in Tangiers (Morocco).

Hispanic Ferritas S.A. is located in Guadalajara, it was constituted in 1970 and they manufacture electronic components. Ferroxcube group is composed of Hispanic Ferritas and two another plants in Poland and China. They sell their range of components worldwide, include if the customer orders it they can distribute door to door.