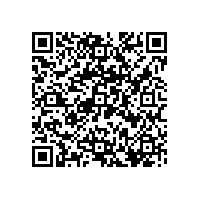 (PresseBox) ( Dublin, 09-07-13 )
PopCap Games, the leading developer and publisher of casual games, today announced the beta launch of Zuma® Web Connect, a "social" version of its massively popular action puzzle game Zuma. Available only on PopCap.com, Zuma Web Connect combines the familiar fun of Zuma with the power of Facebook's social interaction, challenging players to score as many points as possible to earn medals and outscore their friends. Bejeweled Blitz, a 1-minute social version of PopCap's flagship franchise on Facebook, has reached 5 million monthly users during a just-completed six month beta phase. Zuma is PopCap's second most popular title after Bejeweled, with more than 17 million units sold across numerous platforms and devices since it debuted in 2003. Zuma Web Connect is available now exclusively at http://fb.popcap.com/online-games/zuma/index.php.

"Zuma Web Connect is our latest experiment with integrating social features such as rankings and medals into our games," said John Vechey, PopCap co-founder and all-around good guy. "While Bejeweled, Peggle and more recently Plants vs. Zombies get most of the attention, Zuma has quietly been an ongoing hit for us on all sorts of devices and in almost every corner of the world. Zuma is hugely popular in Germany and Japan, for example, and is one of the highest-rated iPod games of all time."

Since launching in late 2003, Zuma has garnered dozens of awards along with praise from industry icons including Tetris creator Alexei Pajitnov and Bill Gates. Over 225 million copies of Zuma have been downloaded from the Web, accounting for nearly a quarter of the 1 billion-plus downloads of all PopCap® titles. More than 17 million copies have been sold across all platforms, amounting to $200 million in consumer spending over the history of the game. Further, consumers have played almost 4 billion hours of Zuma since it debuted five and a half years ago.

PopCap Games (www.popcap.com) is the leading multi-platform provider of "casual games" - fun, easy-to-learn, captivating computer games that appeal to everyone from age 6 to 106. Based in Seattle, Washington, PopCap was founded in 2000 and has a worldwide staff of over 220 people in Seattle, San Francisco, Chicago, Vancouver, B.C., Dublin, and Shanghai. Its games have been downloaded more than 1 billion times by consumers worldwide, and its flagship title, Bejeweled®, has sold more than 25 million units across all platforms. Constantly acclaimed by consumers and critics, PopCap's games are played on the Web, desktop computers, myriad mobile devices (cell phones, smartphones, PDAs, iPhone, iPod and more), popular game consoles (such as Xbox), and in-flight entertainment systems. PopCap is the only casual games developer with leading market share across all major sales channels, including Web portals, retail stores, mobile phones and MP3 players, and game device manufacturers.

The PopCap logo and all other trademarks used herein that are listed at www.popcap.com/trademarks are owned by PopCap Games, Inc. or its licensors and may be registered in some countries. Other company and product names used herein may be trademarks of their respective owners and are used for the benefit of those owners.