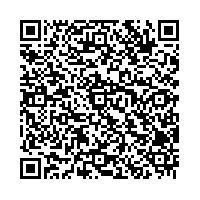 (PresseBox) ( Dublin, 09-09-02 )
Today Ubisoft announced a partnership with PopCap Games, the leading developer and publisher of broadly appealing video games, to distribute Amazing Adventures: The Forgotten Ruins(TM) for Nintendo DS(TM) . The game will be available on September 10, 2009 in all EMEA territories.

Today's announcement marks the first PopCap Games release for Nintendo DS in Europe. Mark Cochrane, EMEA Business Development Director at PopCap: "PopCap is delighted to work with Ubisoft to bring Amazing Adventures to the Nintendo DS platform. The Amazing Adventures franchise has been very successful online, boasting more than 15 million downloads since its 2007 introduction, and we are confident it will translate well for the adaptation on Nintendo DS."

Developed in partnership with Black Lantern Studios, Amazing Adventures: The Forgotten Ruins(TM) transports players to an archeological dig, where they discover clues and follow an all-new character-filled storyline, chronicled in a player journal that will lead them to a long-lost Mayan ruin. Rich in content and entertainment value, the game features 20 missions and 18 locations. Eleven of the missions are unique to the Nintendo DS(TM) where players are challenged to find over 90 hidden objects per scene. They will also earn awards for accomplishing goals within the game and can unlock additional gameplay modes by locating bonus items such as Jade Masks and Mayan Glyphs.

Amazing Adventures: The Forgotten Ruins(TM) also includes five mini-games, including the new Mah-Jongg and popular Memory Match. The game features unique stylus-based controls, a separate instructions page for easy reference and three individual profiles, so you can pass the game around to family members.

Ubisoft is a leading producer, publisher and distributor of interactive entertainment products worldwide and has grown considerably through a strong and diversified line-up of products and partnerships. Ubisoft has teams in 28 countries and distributes games in more than 55 countries around the globe. It is committed to delivering high-quality, cutting-edge video game titles to consumers. For the 2009-10 fiscal year, generated sales of 1.058 billion Euros. To learn more, please visit www.ubisoftgroup.com.

Ubisoft and the Ubisoft logo are trademarks of Ubisoft Entertainment in the US and/or other countries. Other company and product names used herein may be trademarks of their respective owners and are used for the benefit of those owners.

Nintendo DS is a trademark of Nintendo. © 2006 Nintendo.

PopCap Games (www.popcap.com) is the leading multi-platform provider of "casual games" - fun, easy-to-learn, irresistible computer games that appeal to everyone from age 6 to 106. Based in Seattle, Washington, PopCap was founded in 2000 and has a worldwide staff of over 230 people in Seattle, San Francisco, Chicago, Vancouver, B.C., Dublin, and Shanghai. Its timeless games have been downloaded more than 1 billion times by consumers worldwide, and its flagship title, Bejeweled®, has sold more than 25 million units across all platforms. Constantly acclaimed by consumers and critics, PopCap's games are played on the Web, desktop computers, myriad mobile devices (cell phones, smartphones, PDAs, Pocket PCs, iPod, iPhone and more), popular game consoles (such as Xbox 360 and Nintendo DS), and in-flight entertainment systems. PopCap is the only casual games developer with leading market share across all major sales channels, including Web portals, retail stores, consoles, mobile phones and MP3 players.