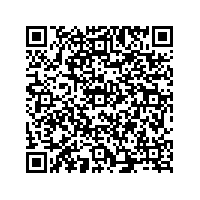 Polyphor contributes to the progress in understanding Neutrophil Elastase Science

Subscribe to news
(PresseBox) ( Allschwil, 17-07-10 )
Polyphor Ltd. in collaboration with academic groups presented on July 7th three posters related to Neutrophil Elastase (NE) at the 2nd World Bronchiectasis Conference, held in Milan. Two of these address the basic science of NE and describe the variability of NE levels in the sputum of Cystic Fibrosis (CF) and Non Cystic Fibrosis Bronchiectasis patients (NCFB) and the potential benefit of NE inhibition in preventing Neutrophil Extracellular Trap formation; one its application to clinical trials and shows the comparative measurements of NE in CF patients' sputum and its inhibition provided by POL6014, a novel, potent NE inhibitor - demonstrating how sputum NE measurement can be used as a reliable readout in patients. The studies were sponsored by the Dundee University, United Kingdom and by the INSERM-U 1100 in Tours, France and supported by Polyphor.

Daniel Obrecht, CSO of Polyphor, said: "Despite existing therapies there is still high unmet medical need for the treatment of chronic neutrophilic inflammation associated with high levels of free NE which ultimately leads to lung destruction and loss of pulmonary function.
Polyphor values the collaboration with academic partners to increase the understanding of NE and its quantification methods in disease-relevant lung matrix".
POL6014 is a potent inhaled NE inhibitor currently in clinical development in a Multiple Ascending Dose study in CF. Recently, promising data of a Single Ascending Dose study were presented at ECFS in Sevilla, showing a high concentration of POL6014 accompanied by strong inhibition of NE in sputum.

Polyphor is investing to better understand the science of NE inhibition as NE is considered one of the major determinants of chronic inflammation and tissue damage in neutrophilic lung diseases like CF or NCFB. NE released from activated neutrophils induces degradation of elastin and collagen, IL-8 production and mucin secretion, which eventually leads to lung destruction, resulting in the development of serious chronic lung diseases. A central role in the pathophysiology of CF and other neutrophilic lung diseases has been attributed to NE as high NE levels have been detected in sputa and these levels correlate with disease severity (as measured by FEV1%pred reduction)1.
Inhibition of pulmonary NE may greatly contribute to reduce the local inflammatory process and favor maintenance of tissue integrity, lung function and quality of life of patients suffering from bronchiectasis.

Polyphor has discovered the OMPTA class and is further developing it, including a broad-spectrum preclinical candidate, to address infections caused by difficult-to-treat, resistant Gram-negative pathogens - one of the most pressing emerging medical needs. The OMPTA represent the first new class of antibiotics against Gram-negative bacteria reaching advanced clinical stage in the last 40 years.
In addition, Polyphor has an important activity of discovery technology partnerships to assist pharma companies in research programs addressing difficult targets through its proprietary macrocycle technology platform.
Polyphor has several industry partnerships with and financing from the Cystic Fibrosis Foundation Therapeutics, Gilead Sciences, Novartis, Taisho and the Wellcome Trust.