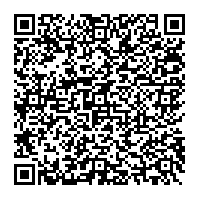 Subscribe to news
(PresseBox) ( Allschwil, 17-07-18 )
Polyphor Ltd. announced today that it has made significant progress in the discovery and early development of novel broad-spectrum, outer membrane protein targeting Gram-negative antibiotics (OMPTA). This has triggered, ahead of schedule, a first 0.6 mCHF milestone payment from the Wellcome Trust under a Seeding Drug Discovery Award of total up to 2.3 mCHF granted in February 2017. The company already received an upfront payment of 0.7 mCHF.

Lead candidates have shown excellent activity in vitro and in vivo against a wide panel of Gram-negative pathogens including multidrug-resistant strains. Activity was also shown against bacteria resistant to colistin, a drug often used as a "last resort" antibiotic. In addition, the rate of resistance development observed is very low compared to standard antibiotics.

The World Health Organization considers antibiotic resistance as one of the biggest threats to global health today. If nothing is done, the death toll could increase to 10 millions of people every year by 2050, potentially exceeding the annual number of deaths from cancer (Review on Antimicrobial Resistance, Final Report, May 2016). A new class of antibiotics will significantly increase the chances to overcome this serious global health problem.

Daniel Obrecht, CSO of Polyphor, said: "Reaching this milestone in our collaboration with the Wellcome Trust is a major step in our joint efforts to develop alternative treatments for serious and life-threatening infections. This milestone is yet another validation of our breakthrough antibiotic research which already resulted in Murepavadin, a precision antibiotic for Pseudomonas aeruginosa, now entering Phase III studies. We are grateful that the Wellcome Trust supports our program to advance drug candidates to the clinic expeditiously."

About the Wellcome Trust
The Wellcome Trust exists to improve health for everyone by helping great ideas to thrive. It is a global charitable foundation, both politically and financially independent. The Wellcome Trust support scientists and researchers, take on big problems, fuel imaginations and spark debate.

In addition, Polyphor has discovered and is developing the OMPTA class to address infections caused by difficult-to-treat, resistant Gram-negative pathogens. The OMPTA represent the first new class of antibiotics against Gram-negative bacteria reaching advanced clinical stage in the last 40 years.

Polyphor has applied its Protein Epitope Mimetic (PEM) proprietary technology to discover, among others, these compounds.