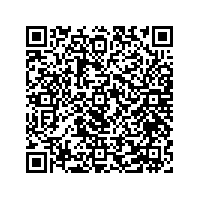 Repowering involves the replacement of old wind power turbines with more modern and higher performing systems. The objective of repowering is to clearly increase the efficiency of wind power for the production of electricity as quickly as possible. This increase in efficiency has been achieved in Görike: the dismantled plants generated approx. 1.5 million kilowatt hours (kWh) p.a., while the new ones will produce approx. 24 million kWh annually on average. Against the backdrop of achieving a greater reduction of harmful greenhouse gases through electricity generation with advanced wind power systems, the German federal government and federal parliament laid down in the Renewable Energy Sources Act (EEG) that electricity from wind power plants that fulfil the legal repowering regulations is awarded with an added bonus payment of 0.5 cent per kilowatt hour. This is intended to achieve a more rapid exchange of old systems.

However, the requirements of repowering are considerable: the old and new wind power turbines must be located in the same or in neighbouring districts and the systems that are to be replaced must be removed from service. The new wind power turbines must also provide at least double the electricity provided by the systems that they have replaced. PNE WIND AG, as the wind farm developer of the Görike wind farm, has met these requirements, in particular since the old systems were not located in regions currently regarded as suitable and, through dismantling them, it was possible to achieve a concentration at only one site.

Martin Billhardt, CEO of PNE WIND AG's Managing Board, says: "The successful completion of our second repowering project has provided proof that PNE WIND AG is able to use its many years of experience in the project planning of modern onshore wind farms in this growing market as well and is implementing the replacement of old wind power systems in an efficient way."

Due to the age structure of the wind farms that currently exist in Germany, the executive regards the replacement of old systems as an additional growth driver for the wind power market. "The number of repowering projects is set to rapidly increase in the future. Owing to our solid market position, we therefore see further growth potential for PNE WIND AG", explains Martin Billhardt, summarising the outlook.

PNE WIND AG with its headquarters in Cuxhaven develops and implements wind farm projects on land (onshore) and at high sea (offshore). Its core competence is the development, planning, implementation and financing of wind farms and their operation or sale including subsequent service. So far, the company has set up 95 wind farms with 544 wind energy systems and a total nominal output of 788 MW.