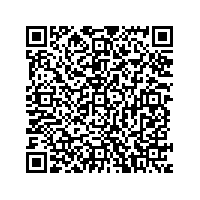 Subscribe to news
(PresseBox) ( Cuxhaven, 09-07-27 )
The wind-farm developer PNE WIND AG (ISIN DE000A0JBPG2) today received the approval for the "Gode Wind II" offshore wind-farm from the Federal Agency for Marine Shipping and Hydrography (BSH). Thus, 80 wind-energy systems can be set up in this project in the North Sea about 33 kilometres to the north of Norderney. PNE WIND AG is planning the implementation of this project with a strong, financially sound partner.

With "Gode Wind II", the third offshore wind-farm project developed by PNE WIND AG (formerly Plambeck Neue Energien AG) has now been approved. "In this way, we have again proven our outstanding expertise and are the first German wind-farm developer to have received approvals for three offshore projects", explains the Head of the PNE Offshore Area, General Agent Thorsten Fastenau.

But the path to the approval was not easy. The first thoughts for the planning of "Gode Wind II" were as early as 2004. Military claims to use of the area in planning were only eliminated after time-consuming discussions, in which, amongst others, the German Members of Parliament Annette Faße and Enak Ferlemann committed themselves for the offshore plans.

The amendment of the Renewable Energies Act (EEG) which came into force at the start of 2009, has improved the remuneration regulation for energy from German offshore wind-farms to an international level. "Thus, investments in German offshore wind-farms have become distinctly more attractive and also profitable in the long term for foreign investors", emphasised the Chairman of the Board of PNE WIND AG, Martin Billhardt.

PNE WIND AG will be implementing each of its approved offshore projects with financially sound partners and therefore will also be selecting such an investor for "Gode Wind II".

All told, the offshore area of PNE WIND AG is currently processing seven offshore projects off the German coast, three of which have already been approved.

In this way, PNE WIND AG makes a considerable contribution to environmental and climate protection, as offshore wind-farms also contribute to achieving the climate protection objectives of the federal government and to extending the share of electricity from regenerative energies to up to 47 per cent by the year 2020.

PNE WIND AG is seated in Cuxhaven, Germany, and plans and implements wind-farm projects onshore as well as offshore. The company's core competence is the development, planning, implementation and financing of wind farms as well as their operation or sales with follow-up service. To this day, the company has constructed 92 wind farms with 535 wind-energy facilities and a total nominal output of 770 MW.

Aside the business activities on the established German domestic market, PNE WIND AG is increasingly expanding into dynamic growth markets and already is represented in Hungary, Bulgaria, Turkey, Great Britain, Ireland, Romania and Canada via joint ventures. At present, wind-farm projects with a nominal output of up to 1,400 MW are being processed in these countries, which are to be implemented in the medium term. Furthermore, a subsidiary was established in the US. In Germany (onshore), wind-farm projects with more than 300 MW nominal output presently are in processing.

In addition, PNE WIND AG develops offshore wind-farm projects, of which three large-scale projects in German waters already have been authorised. The company is already checking the opportunities for entering into promising foreign markets for the offshore division.