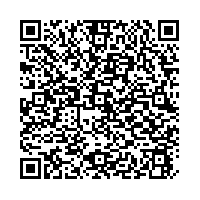 In the first six months of 2017, PNE WIND achieved significant progress in its domestic and foreign wind farm projects

Subscribe to news
(PresseBox) ( Cuxhaven, 17-08-10 )
European wind farm portfolio being expanded
Wind farms with a nominal output of 94 MW under construction in Germany and France
Positive earnings contributions due to bonus payments from the 2016 portfolio sale expected in the third quarter


The specialist for wind energy PNE WIND is on schedule: the first six months in 2017 were characterised by operational success both in Germany and abroad. Significant progress was achieved in onshore and offshore wind farm projects. In addition to the German market, business in foreign countries continues to develop in a positive manner.

Development of onshore wind farms is on schedule

With the scheduled completion of the “Windpark Altenbruch” repowering project, the last two wind power turbines for the 142 MW project portfolio, which was sold last year, were commissioned.

In addition, WKN AG had a major success in the USA shortly after the balance sheet date. In July, the PNE WIND subsidiary announced the sale of the project rights in the 80 megawatt wind farm "Vivaldi Springtime" to Pattern Development.

The offshore division also developed positively. As early as in January this year, the Company sold the North Sea-based “Atlantis I” project to Vattenfall. PNE WIND continues to be in charge of the project as a service provider and will benefit from additional milestone payments in the future. This also applies to the “Gode Wind 3” offshore project, which was sold to DONG Energy in 2012 and which was one of four offshore wind farms to be awarded a contract within the framework of the first government offshore call for tenders in the first quarter of 2017.

"PNE WIND is progressing according to plan. In the first six months of 2017, we achieved significant progress and sales results for onshore and offshore wind farm projects. Foreign countries are playing an increasingly important role," comments Markus Lesser, Chief Executive Officer of the PNE WIND Group. "We plan to further strengthen our competitiveness and that of our projects in the upcoming months. Another objective is to develop new, promising markets in growth regions."

Results of the first half year of 2017 and outlook

The high level of expenditure related to the establishment of the European wind farm portfolio has had a negative effect on the half year's results. However, when evaluating these results, it must be taken into account that these investments create values that will only later have a positive impact on earnings.

Perspectives for the second half of 2017 are positive and are in line with the Company's plans. In addition to earnings contributions from project planning and realisation of the wind farms in Germany and in foreign countries, for the third quarter of 2017, PNE WIND is expecting an earnings contribution resulting from a bonus payment for services in relation to the wind farm portfolio which was sold at the end of 2016. This bonus payment is expected to be a low two-digit million euro amount.

For the 2017 full year, the Board of Management confirms its forecast and, as before, expects a consolidated Group EBIT in the range of euro 0 to euro 15 million. In spite of required investments in the future, the Company expects to achieve positive results in the 2017 financial year.

The 2017 half year financial report of PNE WIND AG is available on the company's website www.pnewind.com in the section "Investor Relations" as of today.