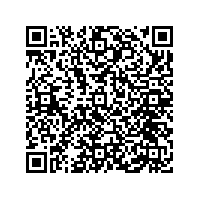 (PresseBox) ( Cuxhaven, 09-02-27 )
The wind-farm developer Plambeck Neue Energien AG (ISIN: DE000A0JBPG2) has sold three onshore wind-farms in Lower Saxony and Brandenburg with a total of 26 wind-power systems and an installed overall output of 52 Megawatt to EnBW Energie Baden-Württemberg AG. Both enterprises will cooperate in future. The technical and commercial operational management of the plant will be attended to by Plambeck Neue Energien AG in the next ten years. The purchase contract with an investment volume of up to 1.7 mill. Euro per MW of nominal output is still subject to approval by the Federal Anti-Trust Agency.

The sale of these three wind-farms shows the high interest which energy supply companies also have in the speedy extension of wind energy in Germany and thus increased use of renewable energies. A positive effect in this context is shown by the statutory framework conditions for the remuneration of electricity generated from wind energy, which have been fixed for the long term. However, Plambeck Neue Energien AG sees a continued potential in the development of wind-farms on land (onshore) and at see (offshore) not only on its home market, but also internationally.

Alongside business activity on the established German home market, Plambeck Neue Energien AG is increasingly expanding onto dynamic growth markets and is already represented in Hungary, Bulgaria, Turkey, Great Britain, Ireland and Rumania via joint ventures. In these countries, wind-farm projects with a nominal output of up to 1,400 MW are currently being processed and are to be completed in the medium term. In addition, a subsidiary has been founded in the USA. In Germany (onshore) there are currently wind-farm projects with more than 400 MW of nominal output in the processing phase.

Over and above this, Plambeck Neue Energien AG is also developing offshore wind-farm projects, of which two major projects in German waters have already been approved. For the offshore area too, entry onto promising foreign markets is being examined.

Plambeck Neue Energien AG with its headquarters in Cuxhaven plans and realises wind-farm projects on land (onshore) and at sea (offshore). Up to now, 87 wind-farms with 498 wind-energy systems and an overall nominal output of 689 MW have been set up.