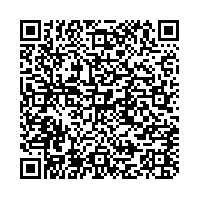 "Philips is truly fortunate to be able to benefit from the experience gained by both Jeroen Van der Veer and Christine Poon during their illustrious careers," Mr Jan-Michiel Hessels, chairman of the Supervisory Board of Royal Philips Electronics, said. "Drawing on an 30-year career in the healthcare industry, Christine Poon's expertise will be invaluable, particularly as Philips transitions towards a company focussed increasingly on Health and Well-being."

Mr Hessels continued: "As Chief Executive of Shell for many years, Jeroen van der Veer brings a truly international perspective gained from operating at the highest level within one of the world's largest companies. His understanding of emerging markets and his awareness of the energy challenges currently facing the world will be of particular benefit to Philips."

Ms Christine A. Poon (56) has been named dean of Ohio State University's Fisher College of Business as per April, 2009. She will also hold the John W. Berry Sr. Chair in Business. In view of this appointment she will retire from her current positions as Vice Chairman of Johnson & Johnson's Board of Directors and Worldwide Chairman, Pharmaceuticals Group as of March 1st, 2009. Prior to joining Johnson & Johnson in November 2000, she spent 15 years at Bristol-Myers Squibb, where her most recent position was President of International Medicines. Ms. Poon is on the Board of Directors of Prudential Financial, Inc., in Newark, NJ, and the Fox Chase Cancer Center in Philadelphia, PA. A graduate of Northwestern University with a B.A. in Biology in 1973, she acquired an M.S. in Biology and Biochemistry at St. Louis University in 1976 and an M.B.A. in Finance from Boston University in 1982. Her achievements in pharmaceuticals earned her the honor of being named the 2004 Healthcare Businesswomen's Association Woman of the Year. Ms Poon is an American citizen.

Jeroen van der Veer (61) has been Chief Executive of Royal Dutch Shell since October 2004. He joined the group in 1971 and held a number of senior management positions around the world before he was appointed a Group Managing Director in 1997. He is a Non-executive Director of Unilever and was World President of the Society of Chemical Industry from 2002-2004, Vice-Chairman of the World Business Council of Sustainable Development from 2006-2007. Since June 2007 he is Chairman of the European Round Table Energy and Climate Change Working Group. Mr van der Veer was born in the Netherlands, and is married with three daughters. He has two degrees - one in mechanical engineering from Delft University and another in economics from Rotterdam University.

Furthermore, the Supervisory Board will propose to the General Meeting of Shareholders to re-appoint Mr Pierre-Jean Sivignon (52), member of the Board of Management & Chief Financial Officer, for another four year period, effective April 1, 2009. "Pierre-Jean Sivignon has made a significant contribution since he joined Philips in 2005, building a strong reputation with the financial markets. His knowledge and experience will continue to be a great benefit to Philips in continuing the implementation of our strategy to become the leading brand in Health and Well-being, in a time when the world faces one of the most challenging business environments for many years," Mr Hessels commented.

Philips' 2009 Annual General Meeting of Shareholders will be held at the Hotel Okura in Amsterdam on March 27, 2009, beginning at 14:00 hours CET.

Click here(http://www.philips.com/about/investor/corporategovernance/shareholderinfo/shareholdermeetings/index.page) to view the agenda and explanatory notes of the AGM as well as all documents relating to the AGM.

Additional information on the composition of the Supervisory Board and on Philips' full-year results, which were first presented January 26, 2009, is included in Philips' 2008 Annual Report that was published on February 23.

Royal Philips Electronics of the Netherlands (NYSE: PHG, AEX: PHI) is a diversified Health and Well-being company, focused on improving people's lives through timely innovations. As a world leader in healthcare, lifestyle and lighting, Philips integrates technologies and design into people-centric solutions, based on fundamental customer insights and the brand promise of "sense and simplicity". Headquartered in the Netherlands, Philips employs approximately 121,000 employees in more than 60 countries worldwide. With sales of EUR 26 billion in 2008, the company is a market leader in cardiac care, acute care and home healthcare, energy efficient lighting solutions and new lighting applications, as well as lifestyle products for personal well-being and pleasure with strong leadership positions in flat TV, male shaving and grooming, portable entertainment and oral healthcare. News from Philips is located at www.philips.com/newscenter.