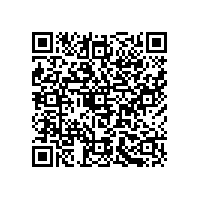 (PresseBox) ( Dallas, Texas, 11-12-20 )
One in five U.S. broadband households intends to purchase a new flat-panel TV before the end of 2011, making it the most popular CE product this holiday season, according to new consumer research from Parks Associates. Among households intending to purchase a flat-panel TV, 73% plan to select a set with advanced features such as 3D capabilities or built-in Internet connectivity, but the demand for smart TVs (sets that connect to the Internet) is nearly twice the demand for 3D TVs.

"Smart TVs are now pushing into the mainstream, whereas previously smart-TV buyers were largely early adopters and those from high-income households," said Kurt Scherf, VP, principal analyst, Parks Associates. "The combination of a maturing product ecosystem with great holiday deals is putting smart TVs within the reach of the American middle class."

The firm's Consumer Decision Process: Holiday Intentions study reports middle-class households with annual incomes of $50,000-$75,000 are responsible for the spike in smart-TV purchase intentions. Twenty percent of middle-income households intend to purchase smart TVs this holiday season, compared to only 12% of households with incomes above $75,000.

While solid consumer interest in smart TVs may be good news for equipment manufacturers, increasing consumer access to over-the-top (OTT) video content, through sites such as YouTube, is worrisome for pay-TV providers. According to the report, consumers who intend to purchase a smart TV this holiday season are also more likely than average pay-TV subscribers to cancel or downgrade their pay-TV service within the next 12 months.

"Smart TVs expand a household's available content choices without raising content costs," Scherf said. "Consumers pay a premium for the device now, but our research indicates these purchases could be part of a long-term plan for many budget-conscious households to reduce their overall expenditures."

Parks Associates will present "Smart TV 2012 Outlook" at CONNECTIONS(TM) Summit at CES on Tuesday, January 10, 2012. Parks Associates analysts and speakers from Rovi Corporation, LG Electronics, Best Buy, and LEVEL Studios will discuss television's evolving role as the foundation of the connected home and its influence on the in-home entertainment/information experience.