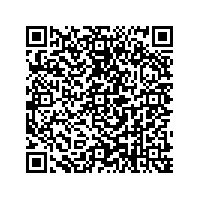 (PresseBox) ( Dallas/Texas, 09-03-10 )
Social networking is moving to the television, driven by a young audience interested in video features such as multiplayer games, chat, and content discovery. This trend will help increase U.S. ad spending in social media to almost $3 billion by 2013, according to Parks Associates.

The international research firm, in its report Social Media & User-Generated Content, finds over one-fourth of broadband users ages 18-24 are interested in social media features on the TV. Key applications include multiplayer gaming, in-program chat, and “most watched” lists. At the same time, 23% of U.S. broadband households want to view content from sites like YouTube and Flickr on their TVs.

“For younger consumers in particular, their appetite for social experiences don’t end on the computer screen but are enhanced via their access on TVs and mobile phones,” said Kurt Scherf, vice president, principal analyst, Parks Associates. “This expansion of social media has implications for service providers, advertisers, and CE manufacturers as well as the networking sites.”

Parks Associates forecasts 95 million social networking users by 2013. This diverse population will have a variety of different needs and wants. For example, threats like the Koobface worm, which targets Facebook users, underscore the need for integrated customer support solutions that can address social networking security issues. Service providers could combine these offerings with their network support services to sell a complete protection package.