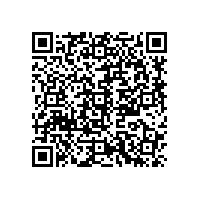 (PresseBox) ( Köln, 09-09-08 )
UK mobile network operators T-Mobile and Orange have announced exclusive negotiations to combine their UK operations into a 50:50 joint venture. Based on December 2008 figures, the combined entity would have 28 million subscribers and 37% market share.

The first thing to note about today's announcement is that it is for exclusive negotiations. The deal is unlikely to be signed until the end of October, with completion expected in the first half of next year. Furthermore, on this morning's briefing call both parties were keen to stress that the two brands would operate separately for a further 18 months, with a new brand not expected to launch until 2012 (maybe not the best idea when the Olympics come to London and global branding efforts to thousands of roamers are undermined). Therefore, there is still a long way to go and in the short term the deal will change very little.

However, assuming the deal goes through without a hitch, it does realign the UK competitive landscape. To date the two separate operators have struggled to close the gap on Vodafone and O2. The combined entity would not only become the clear market leader, but the synergies (through network integration, marketing and distribution, and other efficiencies) are promised to be £620 million by 2014, thereby improving profitability immensely.

It is important to remember too that Orange's fixed broadband assets are also included in the deal, so the combination would enable T-Mobile customers to receive integrated offerings. This should not be overstated, but for T-Mobile the lack of a fixed strategy was leaving it somewhat exposed to future trends in the UK.

Huge challenges for Vodafone and 3

The T-Mobile/Orange merger sets the stage for a total transformation of the UK mobile market and poses the question of the response from Vodafone, O2 and 3. Unsurprisingly, 3 will be the most affected as the merger cuts it adrift in the market. With a market share of less than 6% it would become too small to compete realistically and would have to reconsider its presence in the UK, either by becoming an MVNO or exiting the market.

For Vodafone, this merger is a blow as it relegates it to third in its domestic market. This will dent the group's ego, and Vodafone must take steps to ameliorate it. Even a takeover of 3 will not be sufficient. However, given the recent cosiness between Vodafone and BT, this might just become the prompt for Vodafone to tie-up with BT and take the initiative in its domestic market as an integrated telco.

O2 and Virgin Mobile will be less impacted. O2 will lose its market leadership, but it has successfully challenged the market leader before, both in the UK and Germany. Therefore we do not see any drastic response from it. Virgin Mobile's involvement will be limited to where its wholesale deal resides. If regulators compel T-Mobile/Orange to spin off the deal, then Virgin Mobile will get ready to work with a new partner.

While the 37% market share of the combined Orange/T-Mobile business looks big, comparisons with Europe make it look reasonable. Market leaders in Belgium, France, Germany, Italy, the Netherlands, Spain and Portugal have similar shares. Indeed, regulators will look at a broader definition of dominance when approving the deal.

Regulators will have to look at the Virgin Mobile wholesale deal with T-Mobile and T-Mobile's network-sharing deal with 3. We expect the Virgin Mobile deal to be decoupled - Orange/T-Mobile tacitly suggested this by separating out Virgin Mobile's customers in their subscriber data. Regulators will likely encourage the continuation of T-Mobile's network-sharing deal with 3, unless 3 becomes a takeover target itself. Finally, negotiations about spectrum re-farming are unlikely to be solved with this merger and the expected government plan should still materialise.

Ultimately, as long as regulators impose the necessary safeguards, we do not believe the deal is bad for consumers. Competition is good for consumers, but with five major players the UK operators were competing themselves to death and badly needed to consolidate. The UK's operators face many challenges, including recouping the billions invested in 3G; expanding and upgrading network coverage; and getting ready for 4G - and all this without seeking any government subsidy. Therefore, something needed to be done.

Ovum is the ICT advisory brand of the Datamonitor Group, with a 25 year history of advising both enterprises and their suppliers on the business value of ICT. It brings together the unique heritage of Butler Group, Datamonitor Technology and Ovum into a single and unified force that is changing the face of the ICT industry advisory market. Ovum combines the talents of 350+ business analysts with 150+ ICT analysts to provide the Collaborative Intelligence which supports our clients across the globe, helping them identify the business value of ICT. Ovum's research team helps clients turn research into actionable insight, with the certainty that the research draws upon more than 400,000 interviews with business and technology decision makers annually. Ovum's research methods are independently audited to insure rigour and independence.