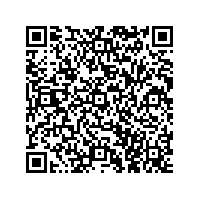 Slow growth ahead for telecom service provider revenues and capex

Subscribe to news
(PresseBox) ( London, 12-01-30 )
The telecoms industry rebounded in 2011, with service provider revenues and capex growing robustly compared to the same period in 2010, according to Ovum.

In a new report*, the independent telecoms analyst found that service provider (SP) capex and revenues grew an estimated 12 per cent and seven per cent respectively in 2011, with capex reaching US$314bn and revenues US$1,962bn.

"2011 represents a good bounce-back for the industry," noted report author and Ovum principal analyst Matt Walker. However, Walker added that "macroeconomic weakness is constraining top-line SP revenue growth. Service providers are coping with this reality by aggressively attacking their cost structures, both capex and opex."

On the capex front, Walker explained that SPs have a number of tools to control costs without necessarily sacrificing competitiveness: network sharing, software-based network elements and features, pay-as-you-grow contractual terms, joint procurement, and M&A will all be important.

According to the report, on the opex side, carriers are increasingly turning to outsourcing, which has helped expand the telco infrastructure services market to US$71bn.

Walker commented: "This shift of SPs' opex to external vendors through outsourcing will bring new opportunities, particularly in the area of services. Also, mobile operators' share of total capex will continue to advance, from 56 per cent in 2011 to 62 per cent in 2017."

Ovum provides clients with independent and objective analysis that enables them to make better business and technology decisions. Our research draws upon over 400,000 interviews a year with business and technology, telecoms and sourcing decision-makers, giving Ovum and our clients unparalleled insight not only into business requirements but also the technology that organisations must support. Ovum is part of the Informa Group.