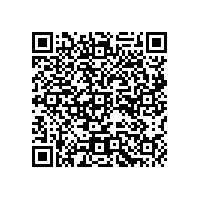 (PresseBox) ( London, 12-09-05 )
"Nokia's decision to unveil its second generation Lumia devices in the US is extremely significant for the Finnish handset manufacturer, which has always struggled to make an impact in the country, even before the advent of Apple's iPhone. But this is also a notable launch for Microsoft, which needs to pull out all the stops to guarantee greater awareness and demand for Windows Phone 8 devices, among consumers, business users and carriers.

"Despite recent gains, Windows Phone is not yet performing to Ovum's expectations. This is, at least, partially as a consequence of the strength of the opposition, but partly, we think, as a deliberate move by Microsoft and its hardware partners to avoid flooding the market too quickly with the platform before they are in a position to play up its synergies with other Microsoft products, especially Windows 8 for PCs and tablets, and its business applications. The clear benefits to businesses from the ready integration possible across Microsoft's products set will set a benchmark for BYOD strategies focused on out-of-box device capabilities once Microsoft's full range of new platforms is available.

"As for Nokia itself, the company's focus on improving the imaging capabilities of its smartphones is a reasonable strategy in an age when meaningful differentiation between different makes of smartphone can be hard to identify. This also applies to the design language of the new Lumia 920, which while it follows closely that of its predecessor remains distinctive and not overly familiar as yet. There could be also a real opportunity here for Nokia and Microsoft to exploit any shortage of Samsung's Android-powered smartphones in the market following the US court ruling against the Korean giant in its patent dispute with Apple, although anything too blatant on that front would seem like a low blow."

Ovum provides clients with independent and objective analysis that enables them to make better business and technology decisions. Our research draws upon over 400,000 interviews a year with business and technology, telecoms and sourcing decision-makers, giving Ovum and our clients unparalleled insight not only into business requirements but also the technology that organizations must support. Ovum is an Informa business.