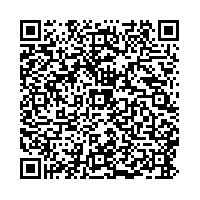 (PresseBox) ( London, 12-07-12 )
"The huge influx of visitors to London ahead of the games, will cause network traffic spikes, putting pressure on the UK's mobile networks, which already have a poor reputation compared to others in Western Europe. While UK mobile operators claim to be prepared, they have not yet given indication of the scale of their plans.

"Mobile capacity upgrades at key transport and crowd hotspots will undoubtedly take place before the Games. However, if there is a major public transport failure, the spilling over of people from a location where high network traffic has been anticipated to less well-prepared peripheral cells could prove disastrous.

"The national perspective is both a fixed and mobile concern. The BBC, the UK's state broadcaster, has announced plans to stream live video of 27 different events on its website on the two Saturdays during the Games. BT has conceded that it has brought its fixed broadband investments forward by 6-12 months to cope with such demand. However, where that demand appears will not be easy to predict, which makes fixed and mobile preparations difficult to assess. For example, when a British athlete reaches a final, local support will cause a concentration of demand from their hometown, as well as an increase across the nation.

"We hope that our concerns are unfounded and the Games pass without telecoms incident. Connectivity at the Olympic Park can at least be predicted and planned based on a greenfield implementation of the latest technologies and architectures. However, the UK as a whole must rely on previous investments to carry it through - and these have been less than optimal in the mobile space."

Ovum provides clients with independent and objective analysis that enables them to make better business and technology decisions. Our research draws upon over 400,000 interviews a year with business and technology, telecoms and sourcing decision-makers, giving Ovum and our clients unparalleled insight not only into business requirements but also the technology that organizations must support. Ovum is an Informa business.