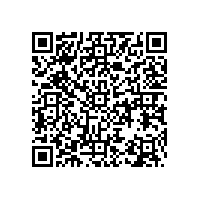 EE's Q1 results: it's all about those LTE numbers

Subscribe to news
(PresseBox) ( London, 13-04-23 )
Everything Everywhere (EE) has released its first quarter 2013 results, pointing to its success in the quarter and noting the challenges it faces going forward.

"Revenues, in line with the challenging macroeconomic environment, declined by 0.4% year-on-year (a decline of 5.4% if the impact of cuts to mobile termination rates is added). But EE had cheerier news on the growth in its postpaid customer base and ARPU, smartphone adoption and reductions in churn. However more interestingly, EE reports having 318,000 LTE subscribers at the end of the first quarter of 2013, the first time it has disclosed LTE subscriber numbers. It says that this is 2.3% of its postpaid base, and Ovum estimates that this is 1.2% of its total customer base. This is not necessarily bad but we believe that the adoption would have been higher. As other UK telcos ready to launch LTE, it could well be that EE has missed the chance to gain a massive first-mover head start in the UK LTE market.

There is progress on LTE

"The news about EE's LTE subscriber base is encouraging. EE has now signed up 318,000 LTE subscribers after just five months, and says it is now firmly on track to sign up 1 million LTE customers by the end of 2013. Also, EE says it has over 1,600 medium and large companies using LTE, giving it an important position in the battle for business customers.

"The news gets even cheerier on spectrum, especially LTE-capable spectrum. Having paid £589 million for 2x5MHz of 800MHz and 2x35MHz of 2.6GHz spectrum, EE says it now holds an 'industry-leading 36% share of UK mobile spectrum'. Such spectrum asset gives it a strong foundation for the future.

Has EE done as well as it could?

"We have always maintained that EE would do a lot better with LTE if it had taken a more aggressive approach towards wooing customers. EE effectively has a monopoly on LTE in the UK and has achieved a commendable LTE network coverage. It also has a good LTE device portfolio. Accordingly, it had all the ingredients it needs to sew up the market before its rivals move in with their own LTE offerings. But by demanding a price premium, we believe the uptake, despite today's commendable 318,000 customers, could have been higher.

By demanding an LTE price premium, EE, and every other telco that has done so, assume that customers will pay extra for the privilege of using LTE. But that misses the point. LTE is an evolutionary technology, and is absolutely necessary for every mobile telco who wants to remain in business for the long term. But crucially, as every other telco is going to get it, having an LTE network will ultimately not be a differentiator.

"And that is why we believe that for LTE to be a mass market proposition, its merits lie in the cost efficiencies it brings rather than any potential revenue uplift it can bring. As such, given that EE rolled out the network quickly, had lots of handsets at launch and, importantly, said LTE was a 'mass market proposition' at the outset, we believe the premium contradicts the rest of the strategic elements."

Jointly awarded IIAR Global Analyst of the Year 2012, Ovum provides clients with independent and objective analysis that enables them to make better business and technology decisions. Its research draws upon over 400,000 interviews each year with business and technology, telecoms and sourcing decision-makers, giving Ovum and its clients unparalleled insight, not only into business requirements but also the technology that organizations must support. Ovum is an Informa business.

Recommend EE's Q1 results: it's all about those LTE numbers press release