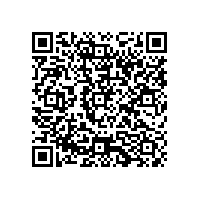 Subscribe to news
(PresseBox) ( Hamburg, 17-03-28 )
Otto Group, the international retail and services group, increased revenues for the 2016/17 financial year now closed by 5 per cent on a comparable basis, according to preliminary figures. Online revenues rose to almost EUR 7 billion, representing an increase of just under 10 per cent.

According to preliminary results, in the past financial year 2016/17 (to 28 February) the Otto Group raised overall revenue by 3.4 per cent to EUR 12.512 billion. In Germany the Group reported growth of 3.1 per cent. On a comparable basis1 global revenue climbed by 5 per cent, meaning that the company beat the target of 4 per cent comparable revenue growth it set itself at the beginning of the financial year.

E-commerce was once again the growth driver for the international retail and services group. Comparable revenues from its over 100 online shops worldwide rose by around 10 per cent versus the previous year, climbing from 6.3 to reach almost EUR 7 billion; in the German market, revenue also rose by some 10 per cent to reach around EUR 5 billion. This means the Otto Group was able to consolidate its position as the No. 2 in Germany and one of the leading players in international e-commerce retail. In Germany alone, the Otto Group companies successfully raised the number of active customers by around 1 million to reach 18.5 million. This means that the Group’s retailers are reaching almost half of all households in Germany.

"We are very satisfied with the growth we achieved in the past year", says Alexander Birken who took over as Chairman of the Otto Group Executive Board on 1 January 2017 from Hans-Otto Schrader. "Our Group companies were once again able to raise their customer relevance in their respective markets. In parallel to this we improved our profitability and will be able to close the financial year with a clearly positive result in all profitability aspects. Thanks to our strong earnings we were able to make major investments in technology, new business models and our locations, as well as to restructure the company portfolio with a view to the future."

The Otto Group’s largest companies with revenues of over EUR 1 billion performed particularly well in the financial year. The single company OTTO raised revenue by over 6 per cent to reach EUR 2.722 billion, with the Furniture and Furnishings assortment as the main growth driver. The international fashion provider Bonprix also reported revenue growth of almost 6 per cent to reach EUR 1.512 billion, thanks to highly successful marketing in Germany and repeated strong growth at the North American fashion and swimwear brand Venus. Crate and Barrel, the North American lifestyle retailer, reported an extremely strong performance: with new management and a freshly designed assortment the company raised revenue by 10.7 per cent to almost EUR 1.475 billion. The Hermes Group continued to benefit from growth in the online retail sector, raising revenue by around 5 per cent to EUR 1.574 billion. On an exchange-rate adjusted basis, growth was even higher at over 11 per cent, thanks to the very positive development of the British operation Hermes UK. With revenue of EUR 645 million and growth of almost 11 per cent, the EOS Group also numbered amongst the Otto Group’s most successful companies and once again achieved high profitability.

The Mytoys Group, which comprises the brands Mytoys, Mirapodo, Ambellis, Yomonda and Limango, raised revenue by almost 10 per cent to over EUR 556 million. The Witt Group achieved high profitability, and at just under EUR 760 million maintained revenue at the previous year’s level, while the Baur Group suffered a slight decline in revenue of 2 per cent to just under EUR 670 million. The Schwab Group reported a 6 per cent revenue decline to around EUR 200 million, mainly burdened by the difficult situation in eastern European markets. The Heine Group reported a decline in revenue of over 23 per cent to EUR 282 million, which is mainly

Collins reported an enormously successful development with its business concepts About You and Edited. This Otto Group-originated start-up saw above-plan growth and successfully raised revenue to more than EUR 135 million. In the past financial year strategic media partners took a stake in About You, valuing the company at around EUR 320 million thanks to its tremendous growth momentum.

Despite partly difficult market conditions many of the Group’s smaller foreign companies reported a very satisfactory stable development. Otto Group Russia successfully limited the expected revenue decline resulting from the persistent macroeconomic situation to 6.2 per cent and generated EUR 244 million. The Otto Japan Group reported a slight turnover decline of 2.7 per cent on a Yen basis; however, thanks to the favourable exchange rate, in euros this translates to growth of 8.4 per cent to reach EUR 158 million. In Great Britain, Freemans Grattan Holdings (FGH) beat the previous year’s revenue figure in local currency terms by over 6 per cent and significantly expanded its customer base. Due to the sharp devaluation of the pound sterling resulting from the referendum decision in favour of ‘Brexit’, in euros FGH reports a decline in revenues of 7.2 per cent to EUR 219 million.

The French 3SI Group has successfully completed the announced sale of its retail activities, which the new owners will continue to operate with the existing workforce. The service segment of the 3SI Group, comprising Mondial Relay (Logistik), Girard

Agediss and Dispeo (Fulfilment), saw a positive development overall. The operating activities of Mondial Relay and Girard Agediss will in future be managed by the Hermes Group; several market players have submitted purchase offers for Dispeo, meaning that a sale of this activity may still take place.

"In the past financial year we took key strategic measures for the further development of the Otto Group. We consolidated the portfolio, made massive investments in technology, our logistics infrastructure and new services, and drove an intensive knowledge exchange – not only between the Otto Group’s companies and experts but also with external business partners and start-ups", is Alexander Birken’s summary of the steps taken to further raise process speed and the Otto Group’s power of innovation.

Through a comprehensive technology offensive, workplaces at the Group’s Hamburg headquarters for example are now equipped with the latest hardware and software. Employees can now decide even more freely than previously when and where they prefer to work – in the office, in a flexioffice, or in co-working spaces such as the newly opened Collabor8. "It’s precisely the many initiatives launched within Kulturwandel 4.0 (‘Culture Change 4.0’) that together have enabled us to work out business concepts much more quickly and market-test them", says Birken. "The best example is our product-rental offer OTTO Now. We worked out and launched the concept in just a few months, and it has been very well received by our customers." The starship robots that Hermes is testing for inner-city product-delivery are a further example of successful technology cooperation with external partners

According to preliminary calculations, in the past financial year the number of full-time employees within the Otto Group rose slightly to reach 49,750. In Germany the FTE figure rose by around 800 to reach 26,000.

The new Group strategy, the investment focus areas and the definitive financial figures will be presented at the annual Financial Statements Press Conference on 17 May 2017.

Founded in Germany in 1949, today the Otto Group is a globally operating retail and services group with around 49,750 employees. The Group includes 123 major companies and is present in over 30 countries in Europe, North and South America and Asia. Its business activities are grouped into three segments: Multichannel Retail, Financial Services and Service. In the 2016/17 financial year (to 28 February), according to preliminary calculation the Otto Group generated turnover of 12.5 billion euros.