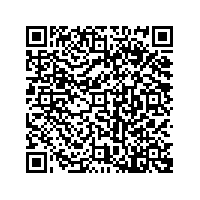 New Press Officers appointed for OTTO and the Otto Group

Subscribe to news
(PresseBox) ( Hamburg, 10-04-06 )
As of 1 April, Verena Fink has been appointed Manager of External and Internal Corporate Communications, thus becoming Press Spokeswoman of the individual company OTTO. Sabine Josch has already been appointed Division Manager for External and Internal Communications on 1 February, thus becoming the Press Spokeswoman of the Otto Group. Over the summer Gaby Neujahr, until now Manager of Internal Communications for OTTO as well as the Otto Group, will take on the newly created position of Manager Social Media for the Otto Group and OTTO, coordinating all communicationsrelated social media activities, including moving images, of the corporate group.

All three senior officers will report to Thomas Voigt, Vice-President Economic Policy and Corporate Communications of the Otto Group.

Sabine Josch, 41, has been working for the Otto Group very successfully for over 13 years. She began her career at the Hermes Logistics Group, recently occupying the post of Press Spokeswoman and Division Manager for Marketing & Press. In 2004 she moved to the OTTO Human Resources Division and, as head of the division, was responsible for the sectors Human Resources Marketing and the Service Centre Human Resources. On 1 February 2010 OTTO was pleased to welcome Sabine Josch as its Division Manager for Internal and External Communications and Press Spokeswoman. She is responsible for the fields of Internal, External and Financial Corporate Group Communications. The previous Manager of External Communications, Brita Hemme, 44, who held the position for many years, has accepted a new challenge outside the Otto Group.

With Verena Fink, the individual company OTTO is pleased to welcome a communications expert experienced in the trade sector. After working as spokeswoman at Hengstenberg and Viva/MTV, the 30year old MBA graduate occupied the post of Manager of Corporate Communications at the home shopping company QVC Deutschland Inc. & Co. KG, Düsseldorf since March 2006. At OTTO she will be in charge of the entire range of internal and external corporate communications - covering business and e-Commerce communications as well as brand and product PR. With an expanded area of responsibility she succeeds the previous Manager of External Communications at OTTO, Martin Schleinhege, 46, who set up his own business in Hamburg in autumn 2009.

"We thank Martin Schleinhege and in particular, Brita Hemme, for their great work and wish both of them all the best for their professional and personal futures," says Thomas Voigt.

Founded in 1949, the Otto Group is now a worldwideoperating trade and services group with 48,653 employees (as at February 21010). The Group has 123 companies of primary significance and operates in 20 countries in Europe, North America and Asia. It is organised into three business segments: Multichannel Retail, Financial Services and Services. Otto Group revenue in the fiscal year 2009/10 (to 28 February 2010), according to interim figures, was 10,138 million euros. The Otto Group is the largest online retailer worldwide for fashion and lifestyle, and overall is number 2 behind Amazon and the undisputed number 1 in Europe and Germany. The catalogue business, e-Commerce and overthecounter retail trade constitute the three pillars of the multichannel retail concept of the Otto Group.

Global corporate activities and a variety of strategic partnerships and joint ventures provide Otto with excellent opportunities to transfer knowhow and to use synergy potentials. The fact that national companies are acting within their own responsibility to a high degree guarantees both flexibility and a close customer relationship as well as optimum target group appeal in the respective country.