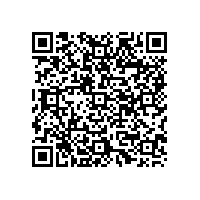 Changes on the Otto Group Executive Board

Effective August 1, 2017 and as her own decision, Neela Montgomery has been appointed as Chief Executive Officer of the furniture and lifestyle specialist Crate and Barrel, based in Northbrook near Chicago, Illinois. With revenues in the last financial year of 1.475 billion euros, around 6,800 employees and the leading brands Crate & Barrel, CB2 and Land of Nod, Crate and Barrel is the Otto Group’s largest foreign company by far and one of the strategic growth businesses of the Otto Group.

Since November 1, 2014 the 42-year-old Briton has very successfully led the Otto Group’s Multichannel Retail strategy with a focus on retail, and as Chairwoman of the Board of several Otto Group companies she has driven among others the outstanding development of Crate and Barrel in North America. Alexander Birken, CEO of the Otto Group, takes over as Chairman of the Board of Crate and Barrel effective August 1, 2017.

“Crate and Barrel is a strong brand, a great company and a team of wonderful people”, says Neela Montgomery. “'I am looking forward to developing the company further by taking over not only strategic but now also operational responsibility.”

“I respect Neela Montgomery’s decision to lead a company under her responsibility,” shared Dr Michael Otto, Chairman of the Otto Group Supervisory Board. “Though we will miss her strategic and creative force on the Group Executive Board, Crate and Barrel gains a passionate global leader”.

As planned, Hanjo Schneider will leave the Otto Group at the end of this calendar year. Following the Supervisory Board’s request, last year the 55 year-old Otto Group Executive Board Member for Services expressed his willingness to extend his able to drive forward core strategic projects at the Hermes Group.

“Hanjo Schneider has turned Hermes into a powerful, successful, pan-European services network that also enjoys an excellent reputation with customers outside the Otto Group. In addition to this, he has continually and very successfully expanded the Otto Group’s retail-related services. I am most grateful to Hanjo Schneider for this outstanding performance”, says Dr Michael Otto, Chairman of the Otto Group Supervisory Board.

The vacant positions for Multichannel Retail and Services on the seven-strong Otto Group Executive Board will be filled in due course.

Founded in Germany in 1949, today the Otto Group is a globally operating retail and services group with around 49,750 employees. The Group includes 123 major companies and is present in over 30 countries in Europe, North and South America and Asia. Its business activities are grouped into three segments: Multichannel Retail, Financial Services and Service. In the 2016/17 financial year (to 28 February), according to preliminary calculation the Otto Group generated turnover of 12.5 billion euros.

Recommend Changes on the Otto Group Executive Board press release