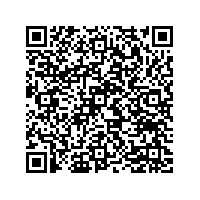 
Osram has concluded a comprehensive business combination agreement with ams and recommends its shareholders accept the current takeover offer. "After intensive negotiations, we have agreed on many decisive framework conditions for the future of Osram and our employees," said Olaf Berlien, CEO of OSRAM Licht AG. "The most important thing is that the employees at German locations are protected from merger-related layoffs until the end of 2022.” In addition, the strong Osram brand is to be reflected in the company name of the new group. The sensor specialist ams explicitly supports the photonics strategy of Osram.

Osram and ams have agreed on important points for the integration of Osram into the joint group. For example, employees are protected from merger-related layoffs until the end of 2022 at German locations, and approximately half of the central functions would be managed from the Munich location as the co-group headquarters. Brigitte Ederer, former member of the Executive Board of Siemens AG and former Chairman of the Supervisory Board of Austrian rail operator ÖBB, will monitor and enforce the merger of the two companies as an independent monitor.

After concluding the business combination agreement, the Supervisory Board and the Executive Board recommend the present takeover offer of the Austrian sensor manufacturer ams to the Osram shareholders. The offer price of 41 euros per share in cash represents an appropriate valuation of the company from the point of view of the boards, as stated in the reasoned opinion. The offer is attractive for the shareholders. They have time until December 5, 2019, to accept the offer.

After a year full of challenges, Osram expects a stabilization in fiscal year 2020. Thanks to several performance measures and the accelerated transformation of the product portfolio, the Management Board expects a moderate change in revenue in the current financial year on a comparable basis (minus 3 to plus 3 percent). The adjusted EBITDA margin is expected to be between 9 and 11 percent and is positively influenced by the introduction of the accounting standards in accordance with IFRS 16. Excluding this effect, the target is between 8 and 10 percent. Management also aims to achieve a positive free cash flow of up to the mid double-digit million range. The Executive Board and the Supervisory Board propose not to pay a dividend for the past fiscal year. "We've had an eventful year. Nevertheless, the transformation to a photonics company is progressing," Berlien said.

In the past fiscal year, the company achieved its targets adjusted in March 2019. On a comparable basis, revenue declined by 13.1 percent to 3.5 billion euros, mainly due to weakness in the automotive industry and in China. Adjusted EBITDA amounted to 307 million euros, the corresponding margin to 8.9 percent. Free cash flow exceeded expectations and was positive at 17 million euros. The net result from continued operations was negatively impacted primarily by non-cash goodwill amortization, mainly in the business segment Digital Systems and in the joint venture Osram Continental (OC). Osram does not expect global automobile production to recover in the short term. Due to the moderate market development and the accounting standards to be applied, Osram has made an impairment on the goodwill of OC of 171 million euros.

The savings were about 20 percent above the planned target value for 2019 and amounted to 107 million euros. Additional operational and structural measures will decrease the cost base between 2017 and 2021 by approximately 220 million euros. So far, more than 200 million euros had been budgeted.

Group-wide, the special charges in the past fiscal year, mainly for personnel adjustments, M&A related topics and further efficiency measures, amounted to 131 million euros. Further structural adjustments are necessary due to the economic development and the ongoing technological change. Discussions are currently taking place with the committees concerning this matter. For the new fiscal year, the Executive Board expects special charges of a similar amount as in 2019.

For the near future, the Executive Board expects a restrained economic development. At the same time, the transformation to semiconductor-based solutions is accelerating in the sales markets that Osram supplies with traditional technologies. However, the long-term trends remain intact. For this reason, Osram, and the group as a whole, is sticking to its mid-term targets, but expects their achievement to be postponed by two years.

Development of the segments in the past fiscal year

In the past fiscal year, revenues in the business segment Opto Semiconductors amounted to 1.5 billion euros. Thanks to the cost savings initiated at an early stage, the adjusted EBITDA margin reached 17.5 percent. The strategic restructuring of the business and the consolidation of the portfolio have largely stabilized Opto Semiconductors’ development.

The business unit Automotive was affected by the sharp decline in the automotive industry in the past fiscal year, particularly in China. In addition, the decline in traditional light sources for headlamps is accelerating. Accordingly, the segment achieved revenue of 1.8 billion euros. The adjusted EBITDA margin amounted to 7.8 percent. The profitability of the division was burdened in particular by the Osram Continental joint venture.

In the business unit Digital, the control gear business was affected by a sharp decline in volume. On the other hand, future fields such as the fast-growing horticulture lighting business are developing very positively. Revenues for DI amounted to 916 million euros with an adjusted EBITDA margin of minus 1 percent.

Osram will hold a conference call for journalists with the Company's Management Board on Tuesday, November 12, starting at 9:00 a.m. CET. It will be broadcast online at https://87399.choruscall.eu/links/osram191112pr.html. A recording of the call also will be available at this link.

Beginning at 2.00 p.m. CET on November 12, you can follow the analysts' conference with the Executive Board at the following link: https://87399.choruscall.eu/links/osram191112ir.html

The corresponding documentation can be found here: https://www.osram-group.com/en/investors/publications/2019

The annual report of OSRAM Licht AG will be published on December 6 on the Investor Relations website under https://www.osram-group.com/en/investors/publications/2019

This document contains statements and information pertaining to our future business and financial performance and future developments that may constitute forward-looking statements – i.e. statements about processes that take place in the future, not in the past. These statements pertaining to the future can be identified by expressions such as "anticipate", "expect", "want", "intend", "plan", "believe", "aspire", "estimate", "will”, "predict" or words of similar meaning. Such statements are based on current expectations and certain assumptions of OSRAM‟s management. They are, therefore, subject to certain risks and uncertainties. A variety of factors, many of which are outside the control of OSRAM, have an influence over OSRAM's business activities, achievement, business strategies and results. These factors may cause the actual results to differ materially from the statements of OSRAM, successes and achievements to results, performance or achievements expressed or implied in the forward-looking statements or on the basis of earlier trends can be expected. These factors include in particular, but are not limited to, the matters described in the chapter “Report on Risks and Opportunities” in the Annual Report of OSRAM Licht Group. Should one or more of these risks or uncertainties materialize, or should underlying assumptions prove incorrect, actual results, performance or achievements of OSRAM may vary materially from those described in the relevant forward-looking statement as being expected, anticipated, intended, planned, believed, sought, estimated or projected. OSRAM neither intends, nor assumes any obligation, to update or revise these forward-looking statements in light of developments which differ from those anticipated. Due to rounding, numbers presented throughout this and other documents may not add up precisely to the totals provided and percentages may not precisely reflect the absolute figures they reference.

OSRAM, based in Munich, is a leading global high-tech company with a history dating back more than 110 years. Primarily focused on semiconductor -based technologies, our products are used in highly diverse applications ranging from virtual reality to autonomous driving and from smartphones to smart and connected lighting solutions in buildings and cities. OSRAM uses the endless possibilities of light to improve the quality of life for individuals and communities. OSRAM's innovations enable people all over the world not only to see better, but also to communicate, travel, work and live better. OSRAM has approximately 23,500 employees worldwide as of end of fiscal 2019 (September 30) and generated revenue of about 3.5 billion euros from continuing activities. The company is listed on the stock exchanges in Frankfurt and Munich (ISIN: DE000LED4000; WKN: LED 400; trading symbol: OSR). Additional information can be found at www.osram.com.