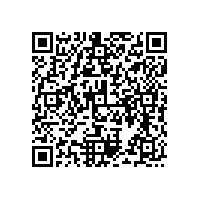 (PresseBox) ( Munich, 17-03-10 )
Three young artists, Eylül Aslan, Frederic Hanen and Sola Thoma, from the Technical University of Munich, have claimed the top prize in the third LiO (The Osram Light Art Award) competition. The students were honored for their piece "5th Dimension". In it, they use the interplay of light and darkness, and employ LEDs to create intangible spaces of light. In doing so, they captured the essence of this year's motto for LiO, "Light is experience. Entertaining arts." "All of the projects submitted dealt intensively with the experience of light. We found the "5th Dimension" most captivating because it turns a room of light into a fascinating personal experience that one could actually walk through," said Ingo Maurer, light artist and jury member of LiO 2016. "LED technologies create entirely new applications and possibilities for the fields of architecture, entertainment and, of course, for art. The LiO projects are an impressive display of this," said Olaf Berlien, CEO of Osram Licht AG.

With more than 100 participants, the competition had twice as many entries as last year. The young artists had the task of exploring how light creates emotional and intriguing moments and can thereby become an experience. A wide variety of ideas was presented: from a light domino to bioluminescence and spatial illusions through to the physical experience of light – there were no limits to the creativity displayed.

The winning project, "5th Dimension", creates an entirely new way of experiencing light. It is staged in a completely dark, elongated space that is bathed in fog. LED luminaires embedded in the walls, floor and ceiling project different colored geometric forms into the space. The interplay of the different factors lets the emerging walls and columns of light appear to produce a fifth dimension and make the light tangible.

At the award ceremony for the Osram Art Award at Prater Island in Munich, 14 other concepts were shown in addition to the winning light installation. The award is endowed with prize money of €10,000. Osram is continuing its long-standing commitment to the arts with the forward-looking Osram Light Art Award. The competition for the art award will be held again next year.

Further information and images on LiO – The Osram Light Art Award can be found here.

OSRAM, based in Munich, is a globally leading lighting manufacturer with a history dating back about 100 years. The product portfolio includes high-tech applications based on semiconductor technology such as infrared or laser lighting. The products are used in highly diverse applications ranging from virtual reality, autonomous driving or mobile phones to smart and connected lighting solutions in buildings and cities. In automotive lighting, the company is the global market and technology leader. Based on continuing operations (excluding Ledvance), OSRAM had around 24,600 employees worldwide at the end of fiscal 2016 (September 30) and generated revenue of almost €3.8 billion in that fiscal year. The company is listed on the stock exchanges in Frankfurt and Munich (ISIN: DE000LED4000; WKN: LED 400; trading symbol: OSR). Additional information can be found at www.osram.com.