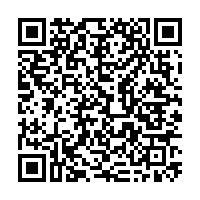 No action without light

Osram is supporting the "... and Action!" hands-on exhibition designed specially for children

(PresseBox) ( Munich, 14-05-28 )
Light is a major production factor in the film and TV industry. Without ideal lighting for film sets and studios the cinema and TV experience would not be nearly as enjoyable. The right light is what adds vibrancy to images on TVs, cinema screens, tablets, PCs and smartphones. This background is part of the special interactive exhibition "... and Action!" which has been organized by the Deutsche Kinemathek - Museum for Film and Television in Berlin and which opens on May 29, 2014 for one year. The idea is to show children aged between 4 and 14 what happens behind the scenes when professionals make movies and TV shows. Osram, the lighting expert, is involved in the interactive exhibition, providing know-how, products and financial support as part of its long-term cooperation with Deutsche Kinemathek.

Children are really good at handling moving images on tablets, PCs, smartphones and TVs but they do not know how real professionals produce TV shows or movies. This gap in their education is being filled by the "... and Action!" exhibition organized by the Museum for Film and Television. Exhibits, knowledge islands, studios and workshops will give the young visitors and their adult companions a good idea of the steps involved in creating moving images for TV and the cinema, the jobs available and the technologies behind their favorite shows and movies.

As the lighting expert, Osram has provided all the illumination for the entire exhibition in the form of its modern Lunis-SL T and Kreios G1 LED luminaires. Besides their homogeneous and glare-free illumination the luminaires benefit from their lifetime and high energy efficiency compared to conventional technologies. In addition, young actors will be properly lit in front of a green screen with Kreios SL luminaires fitted with high-quality LEDs from Osram's subsidiary Opto Semiconductors. Rounding off the lighting complement are the Arri L7 spotlights equipped with Osram LEDs for the newsroom, one of the highlights of "... and Action!". This is where the children can produce their own news items in a completely professional environment.

"We have had a close partnership with Deutsche Kinemathek for many years. With our long tradition in film and TV, which has earned us two coveted Oscars already for technical innovation, we can make a real contribution to the quality of this excellent exhibition and therefore to improving the media awareness of our children. It was therefore obvious that we would be actively involved in this project", said Andre Köhler, Senior Product Manager Entertainment at Osram.

The special exhibition entitled "... and Action!" will run until April 26, 2015 in the Deutsche Kinemathek - Museum for Film and Television, Potsdamer Str. 2 in Berlin.

OSRAM, with its headquarters in Munich, is one of the two leading lighting manufacturers in the world. With its extensive portfolio the company covers the entire value added chain from components - including lamps, control gear and optical semiconductors such as light emitting diodes (LEDs) - to luminaires, light management systems and complete lighting solutions. OSRAM employs more than 35,000 people worldwide.and achieved sales in fiscal 2013 of almost 5.3 billion euros (year ending September 30). For more than 100 years the focus of its business activities has been light and therefore quality of life. On July 8, 2013 the company was listed for the first time on the stock markets in Frankfurt am Main and Munich under SIN: LED 400 (abbreviation: OSR). For more information go to www.osram.com