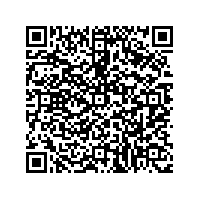 Subscribe to news
(PresseBox) ( Basingstoke, 09-07-21 )
News that Intel is expected to release a 320GB solid sate drive (SSD) later this month is good news for users with a specific requirement for SSD-based storage on their notebooks and netbooks, says Andy Cordial, Origin Storage's managing director.

"But not all notebook/netbook users really require the specific features that SSD storage systems offer," he said, adding that a growing number of portable PC users are returning to the benefits that traditional magnetic-based hard drives can offer.

Magnetic drives, says the storage system integration specialist, can support a wide range of facilities, not the least of which includes encryption against prying eyes, and the ability to be ruggedised against a wide range of difficult conditions.

The days when you could drop a hard drive on the floor from hand height and expect it to fail are long gone, he explained, adding that, in some hostile situations - notably where electrical currents are involved - magnetic drives can still have the clear edge.

And encryption systems on magnetic hard drives can easily outdo most pure electronics-based SSD systems, for the simple reason that the drive can be completely powered down in hostile conditions, and the disk head 'parked' into a robust travelling position.

SSDs, says Cordial, evolved for a very specific set of user situations where magnetic-based drives could not be used.

"Unfortunately, with the arrival of small footprint laptops and netbooks, some vendors have promoted SSDs as a full alternative to magnetic drives, for which they are not," he said.

"Yes, they can offer robustness, but they often cost a lot more. That's why a netbook with SSD storage will often not have the capacity of a similar magnetic drive-based machine," he added.