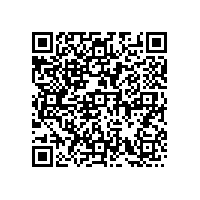 Subscribe to news
(PresseBox) ( Leuven, 09-03-05 )
Option N.V. (EURONEXT Brussels: OPTI; OTC: OPNVY), the wireless technology company, today announced its results (regulated information) for the full fiscal year and fourth quarter ended December 31, 2008. The financial information reported in this release is presented in Euros and has been prepared in accordance with the recognition and measurement criteria of IFRS as adopted by the European Union. The accounting policies and methods of computation followed in the attached financial statements are the same as those followed in the most recent annual financial statements.

During the quarter, the Company achieved a number of milestones:

- More than 1 million units were shipped for the first time in the Company's history. These record volumes were achieved despite the effects of the economic environment which heavily impacted the last three weeks of the quarter.
- This quarterly volume brought the total for the year to 3.4 million units, up 40% from 2007.
- Average selling prices for the portfolio stayed flat from Q3 to Q4 confirming the slow down of the selling price pressure that the Company has experienced since 2007.

During the quarter, the Company fully reviewed all of its accounts and made appropriate adjustments and provisions in order to properly reflect the state of the business for year-end 2008.

The main adjustments and provisions include:

- A review of the existing capitalized development projects resulted in an impairment of EUR 7.7 million due to rapidly changing technologies and deterioration in global economic conditions. This impairment was driven by changes in the inventory management of our customers towards the end of the quarter. Customers reduced their inventories on hand and limited the number of products in their portfolios shortening the life cycle of some older products.
- An increased reserve against inventories during the year of EUR 2 million compared to year-end 2007, mainly to cover excess positions and to lower the stock value at net realizable value for certain products.
- Aside from the impairments taken during the quarter which affected the R&D expense, the overall operating expenses of the company increased due to increased license fees and marketing development funds which grow with revenue or volumes.
- In 2008, the Company recognized revenues net of cash discounts, whilst in 2007 the cash discounts were recognized in the financial result. In 2008 the cash discounts represented an amount of EUR 1.1 million.
- As a result of the Shareholders meeting, held on the 26th of August and which approved the issuance of 2 500 000 warrants "V", 665 000 warrants "V" were granted to the Directors and members of the Executive Management Team. All warrants were timely accepted.

Non-Financial Highlights of the Fourth Quarter

- USI selects Option's wireless modules for embedding into a new 3G HSPA ultra-compact Mobile Internet Device (MID), the MID-160. The new MID will also incorporate Option's GlobeTrotter Connect for Linux software. USI is a Taiwanese company that partners with global brands to design and manufacture cost-competitive products for the computing and consumer electronics industry.
- SFR, a major French operator, announced two MID's incorporating Option's wireless modules. The SFR M! PC Pocket3G+ and the Archos 3G+. Both devices connect to the operator's national HSPA mobile broadband network. The SFR M! PC Pocket3G+ also includes Option's Linux-based connection management software.
- Early November Option announced that it is shipping a new high-performance HSPA USB wireless modem with micro SD slot to Vodafone. Measuring just 74.8 x 26 X 12 mm and weighing around 22g this USB modem is Option's smallest and lightest USB product at that time. The USB modem was launched in a number of European countries in 2008.
- Option announced that it is working with Microsoft to make its HSPA broadband connectivity devices Windows 7 enabled. As a result of this collaboration Option will deliver a consistent Windows user experience with products that will seamlessly connect to 3G/HSPA networks.
- T-Mobile UK is adding Option's iCON 431 HSPA USB modem to its mobile broadband offering. The sleek and compact USB modem measures just 76 x 27 x13 mm when the USB connector is retracted within its body. An innovative Micro-SD slot can accommodate an 8 GB card making the iCON 431 a versatile data storage device.
- TIM (Italy) is the second European operator - after SFR - to start offering a Mobile Internet Device based on a wireless module from Option. The MID is marketed as the Alice Mobile MID IDOL. This second launch reflects the continuing progress of Option's initiative to become a leading supplier of HSPA wireless broadband connectivity for MID's.
- Option strengthened its management team and its organization structure with the appointment of Philippe Rogge as the company's first Chief Operating Officer (COO). Philippe joins Option from Belgacom Group where he was most recently Vice President Business Development & Planning. During seven years at Belgium's largest telecommunications company, Philippe held a series of senior strategic and operational roles all reporting to members of the Group's Executive Management Committee. As COO, Philippe Rogge oversees Sales, Operations and Marketing.

"Our ability to secure new orders and dispatch record shipments of more than one million units in the fourth quarter demonstrates that Option continues to have competitive products in a difficult economic environment.

In addition, we unveiled our new uCAN software platform at the Mobile World Congress in Barcelona which received a very positive response. Similarly, our HSPA embedded wireless modules give Option a strong position in the growth categories of connected netbooks and mobile internet devices (MIDs). Our embedded modules have gained worldwide recognition by industry-leading OEMs and ODMs.

All this demonstrates that we have been executing to our plans.

Nevertheless, as the financial crisis has turned into a global downturn, our operator customers have started to actively reduce their own inventories. The extent to which this one-time effect will be strengthened with end customer reduced demand is not yet fully visible. Demand has shifted to lower-end products with slimmer margins as operators anticipate reduced spending power among their customers. Add to that a fierce price competition in Europe between two Chinese vendors and you have a very challenging environment.

Pushed-out orders, lower margins and our own decision to take a substantial impairment through an accelerated Research and Development depreciation have contributed to the deterioration in our EBIT position.

Along with everyone else, we do not know how long or how severe the downturn will be, or precisely how quickly confidence will return to each of our international markets. The GSMA Association however predicts that mobile data remains a critical growth area for mobile operators worldwide.

Option is taking the necessary steps to re-align the company's cost base with the new economic reality. With a nimbler organization, continuous investments in R&D, our new products introduced in the past months and our entrepreneurship, we are confident in the long term prospects of our company."

Option is currently finalizing its IFRS financial statements for the year ended 31 December 2008. The auditor has not yet completed his audit procedures as of today. Should any material changes arise during the audit finalization, an additional press release will be issued. Option expects to be able to publish its fully audited Annual Financial Report for the year 2008 before April 15, 2009.

Option, the wireless technology company, is a leading innovator in the design, development and manufacture of 3G HSUPA, HSDPA, UMTS, EDGE, and WLAN technology products for wireless connectivity solutions. Option has built up an enviable reputation for creating exciting products that enhance the performance and functionality of wireless communications. Option's headquarters are in Belgium (Leuven). The company has Research & Development in Belgium (Leuven) and Germany (Düsseldorf and Augsburg), and an ISO 9001 production engineering and logistics facility in Ireland (Cork). Option also has offices in Europe, US, Asia, Japan and Australia. For more information please visit our brand new website www.option.com.

Copyright ©2009 OPTION. All rights reserved. All product and company names herein may be (registered) trademarks or trade names.