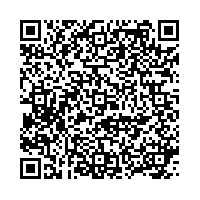 The document at the centre of a developers' friendly environment

(PresseBox) ( The Internet, 10-11-10 )
"The Document Foundation is about documents and the associated software is pivotal to create, exchange, modify, share and print documents", says Thorsten Behrens, a software developer and a member of TDF Steering Committee. "LibreOffice 3.3 is the first flavour of this long term strategy, but the journey has just begun, and the enormous advantages of our developer-embracing environment are not yet fully reflected in the upcoming software release".

LibreOffice 3.3 is based on OOo 3.3, with code optimisations and many new features, which are going to offer a first preview of the new development directions for 2011 and beyond. TDF founders foresee a completely different future for the office suite paradigm, which - in the actual format - is over 20 years old, to be based on the document (where the software is a layer for the creation or the presentation of the contents).

TDF developers are working full steam at improving the overall quality of OOo code, which is a good starting point, and making easy testability of the code and quality assurance a priority. This is an area where new developers and code hackers, whose number has grown to over 90 in just a month, are instrumental for the bulk of the activity.

In addition, each single module of LibreOffice will be undergoing an extensive rewrite, with Calc being the first one to be redeveloped around a brand new engine - code named Ixion - that will increase performance, allow true versatility and add long awaited database and VBA macro handling features. Writer is going to be improved in the area of layout fidelity and Impress in the area of slideshow fidelity. Most of the new features are either meant to maintain compatibility with the market leading office suite or will introduce radical innovations. They will also improve conversion fidelity between formats, liberate content, and reduce Java dependency.

"The Document Foundation is going to be at the heart of the Free Software universe, where users want to build a different future for office suites, working together with developers", says Italo Vignoli, a digital immigrant, and the oldest member of TDF Steering Committee. "Users read, write, modify and share documents, and are focused on contents rather than software features. After 20 years of feature oriented software, it is now the right time to bring back content at the centre of user focus".

The house of The Document Foundation is at http://documentfoundation.org.

The Document Foundation has the mission to facilitate the evolution of the OOo Community into a new open, independent, and meritocratic organization within the next few months. An independent Foundation is a better match to the values of contributors, users and supporters, and will enable a more effective, efficient, transparent, and inclusive Community. TDF will protect past investments by building on the achievements of the first decade, encourage wide participation in the Community, and co-ordinate activity across the Community.