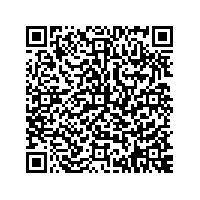 Subscribe to news
(PresseBox) ( London, 12-07-26 )
As speculation grows that Spain is heading towards a fully-fledged bailout, Open Europe has today published a new briefing note looking at how the Spanish crisis could evolve in the near future - with a focus on the role of the regions and potential bailout scenarios.

Open Europe estimates that taking Spain off the markets for three years in a Greece-style bailout would cost between €450bn and €650bn - which is both economically and politically impossible, given that there is essentially only €500bn in bailout cash left. Instead, the most likely scenario is a combination of measures, involving a precautionary loan of around €155bn combined with more ECB liquidity. However, even that could, at best, only buy Spain six months to a year.

"The regions will not make or break Spain financially, but their bailout requests show how politically difficult it will be for Spain to rein in spending and reform. The current bank rescue plan is clearly insufficient, while a full bailout - which could be in the region of €650bn - is impossible."

"Instead, a third way has to be found, probably involving another bout of ECB liquidity. However, this will also involve a series of risks, including strengthening the dangerous link between the Spanish state and banks."

- Between now and mid-2015, Spain's funding needs stand at €542bn, with its banks needing a cash injection of €100bn on top of this. This compares to the combined lending power of the EFSF and the ESM, which will only reach €500bn in mid-2014.

- If Spanish regions continue to rely on the central government to finance them, this could add another €20bn to Spain's funding needs - a relatively small amount equivalent to around 2% of Spanish GDP. The main concern with the regions is the continuing damage to confidence caused by Madrid not being able to rein in spending and exert political control.

- Of the 17 regions, Open Europe estimates that seven have unattainable deficit reduction targets this year, as they are expected to make cuts worth over 2.5% of their GDP. Some of the larger regions have significant amounts of debt to roll over this year. Catalonia, for instance, must refinance over €5.7bn in maturing debt before the end of the year.

- As Open Europe predicted in April, the combination of these pressures could force Spain into some form of sovereign bailout, beyond the current bank rescue plan. Potential formats for and costs of such a bailout include:

* Full bailout programme: Fully removing Spain from the financial markets for three years - could total between €450bn and €650bn. This is economically impossible as the combined lending capacity of the EFSF and ESM, the eurozone's two bailout funds, will only total €345bn in 2012. It is also politically very difficult as taxpayers in northern Europe would oppose it and Spain would resist a highly prescriptive EU-led austerity programme.
* Greater ECB intervention: The ECB is likely to resist direct intervention or purchasing more bonds but may increase lending with another Long Term Refinancing Operation (LTRO).
* Adjust the bank rescue package: The Spanish government can request that the money in the planned rescue package not used for the banks - around €38bn according to official estimates - be used to aid the state directly instead (although it is too small an amount to have much impact).
* Short term bridge loan: Similarly, Spain could request a loan to cover its financing needs until the end of the year. Open Europe estimates that such a loan could total around €78bn, on top of the bank rescue package.
* A combined package: A combination of the policies above: a €155bn precautionary loan, funding Spain for twelve months, with a strong reform and fiscal consolidation programme, which would help encourage the ECB to embark on a third LTRO (possibly with wider collateral rules and lower rates). However, this would only be a short term solution and would further entrench the link between the Spanish state and banks.

- UK banking sector exposure to Spain totals €70bn - the fifth highest in the EU - while Spanish bank exposure to the UK stands at €343bn. Given the size of these links the UK may come under pressure to contribute to a Spanish bailout. We see UK involvement as unlikely, other than via its share of any IMF contribution.