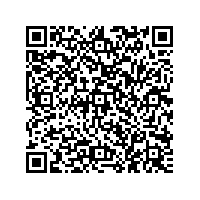 All at sea - what does the 'No' vote mean for Cyprus and the eurozone?

Subscribe to news
(PresseBox) ( London, 13-03-20 )
The Cypriot parliament tonight voted against a bill to introduce a tax on bank deposits, in return for a €10bn bailout offered to the country by Germany and other eurozone governments. Not a single Cypriot MP voted for the deal. The structure of the tax in the bill is shown in the table below. The vote leaves Cyprus' place in the eurozone hanging in the balance and threatens the escalation of the crisis to a new level, though the most likely outcome is that the Cypriot parliament votes a second time, on a revised deal.

Results of the vote

The governing party (DISY) abstained (with one member absent), while the junior coalition partner (DIKO) voted against - this signifies the huge political divisions at work in Cyprus. Even if a bailout deal is eventually approved the government's position continues to look untenable.

What does the vote against the deposit levy mean?

As we have noted before, this has the potential to be a very serious twist in the eurozone crisis. Previously, Germany and the eurozone have stressed that Cyprus has no alternatives to the deposit levy. Now, all eurozone partners are forced back into difficult negotiations.

What timeline are Cyprus and the eurozone working on?

Cyprus will run out of cash on 3 June, when it has to repay a €1.4bn international bond. However, the decision will need to be taken long before that. Cypriot banks cannot stay closed for long but they cannot be reopened until a decision is taken, otherwise there will almost certainly be a deposit run. While people can reportedly withdraw up to €700 per day from ATMs, businesses, large and small, cannot function without banks being open. We would expect some decision would need to be taken by early next week before the lack of liquidity and lack of economic activity begins to severely harm the Cypriot economy.

What are the possible outcomes?

Both sides have some serious decisions to make. Below we outline the potential scenarios (as highlighted here):

1. Cyprus votes again and approves a revised tax: The governing party pushed for the vote to be delayed and hence abstained. This may be seen as delegitimising the result, not least because they hold 36% of the seats in the Cypriot parliament. The deal could see a few small tweaks along with some additional cash (either from the eurozone or Russia - see below), which would then be put to another vote in parliament - after all, being asked to vote twice is a common practice in the EU. But such a decision and vote must come quickly. In addition to running out of government cash, banks would have to remain closed during the interim period, meaning businesses and the wider economy could not practically function. The vote would therefore have to take place by the start of next week to avoid another escalation of the crisis. In our view, this remains the most likely option (possibly in combination with part of option 2).

2. The eurozone blinks: With the possibility of a country exiting the eurozone becoming very real and the "irreversibility" of the single currency coming under direct threat the eurozone may present Cyprus with a more palatable deal. After all the cash in question - €5.8bn - is only 0.06% of eurozone GDP. The real issue will be how to provide this cash while keeping Cypriot debt sustainable.

providing the full €17bn loan but with very long maturity and low rates;
linking the repayment of the loan to future gas revenues;
using the ESM or another vehicle to recapitalise banks directly;
restructuring domestic bonds to extend maturity;
accepting losses on some of the official loans.


None of these is perfect but if push came to shove, one or several could be moulded to make the deal look viable - at least on paper.

The main issue here remains political. It would be very tricky to push any increased bailout / relaxed conditions through the German, Finnish and Dutch parliaments, who don't want to be seen to prop up a bloated Cypriot financial sector dominated by Russian interests. After all that is partly why we got here in the first place. Such a deal would be also reliant on the ECB agreeing to continue providing liquidity to Cypriot banks.

3. Cyprus looks to 'other plans' (i.e. Russia): Cypriot President Nicos Anastasiades suggested that Cyprus is considering "other plans" in case the parliament voted down the deposit levy and no new bailout deal was forthcoming. As of now, it is not clear exactly what these plans are, however, it is a decent bet that many, if not all, involve Russia in some way.

Cypriot Finance Minister Michalis Sarris will be in Moscow tomorrow to discuss the situation with his Russian counterpart. As we have argued before, Russia has significant self interest in helping Cyprus out - it could reduce the losses for the reported €20bn in Russian deposits held in Cyprus, it could gain favourable terms for future contracts on gas exploration in Cyprus (and therefore the future revenues) and it could also improve its geopolitical foothold in the region (as we have highlighted before, there is speculation that Russia has previously sought to move its naval base from Tartus, Syria to Cyprus).

Russia may therefore step up and provide additional financing, potentially to cover the circa €2bn which may have come from Russian depositors under the tax. Reports have also suggested that Sarris may propose a 20% tax on Russian deposits in Cyprus in exchange for a stake in a future Cypriot national gas company and board positions at Cypriot banks.

However, the EU will not want to see one of its members become so closely intertwined with Russia, so could actually strengthen Cyprus bargaining chip.

4. Cyprus exits the eurozone: No compromise can be found under any of the scenarios above (at least not within the necessary timeline - see above). With the largest Cypriot banks going without a recapitalisation, the ECB could be forced to follow through on its threat to withdraw liquidity from Cypriot banks - not just to reduce its risk exposure but also to ensure its threat of action remains credible to the rest of the eurozone and financial markets. If so, the ECB Governing Council would also probably promptly vote (a 2/3 majority is needed) to turn off the Emergency Liquidity Assistance to Cyprus leaving the banks illiquid and insolvent.

This combined with the previous threat of a deposit tax would likely lead to a deposit run on the banks and their likely collapse. In the face of all this, without an ECB or eurozone backstop, Cyprus would find it impossible to bail out its banks or support the guarantee of deposits - it would be forced to exit the eurozone and print its own currency.

The logistics are messy, but as we suggested with respect to Greece, some use of Article 50 in the EU Treaty to exit the EU would be the most likely option.

The new Cypriot currency would have little international trust, particularly in financial markets - not least because it would have just defaulted on a significant amount of its debt, particularly foreign-held debt. This would be worsened by the Cypriot Central Bank having to print massive amounts of liquidity to keep the banks afloat and backstop deposits. It would likely also have to monetise the government deficit, which is due to be 4.5% of GDP this year, or Cyprus would have to enforce massive austerity. In any case, this scenario has all the hallmarks of an inflation spiral and collapsing GDP.

This could be combined with option 3 to some extent. Russia could offer Cyprus a significant bailout, particularly of the banking sector. Alternatively some currency link could be envisaged. In either case this would help increase trust in the new currency and the Cypriot economy.

Would the ECB really pull the plug on liquidity to Cypriot banks?

The key turning point here will be whether the ECB cuts off Cypriot banks. It is to some extent the vital difference between option 2 and 4, while keeping liquidity on could help facilitate option 1. To pull the plug on ELA the ECB needs a 2/3 majority (15 out of 23 votes) at the ECB Governing Council. Although the Bundesbank and maybe the Dutch and Finnish central banks might vote to turn off the ELA a 2/3 majority is not certain. In fact since Mario Draghi took over the ECB it has not been particularly hawkish. Bloomberg reports that the ECB said after the vote: "The ECB reaffirms its commitment to provide liquidity as needed within the existing rules". The crisis has shown so far that the rules of the ECB are incredibly malleable, so what exactly that statement means is unclear, but the vote could certainly go either way.

Recommend All at sea - what does the 'No' vote mean for Cyprus and the eurozone? press release