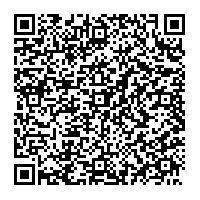 Special merits, innovative ideas as well as start-up companies were offered a platform at LOPEC 2017 to support the continuous development of the international market for organic and printed electronics

(PresseBox) ( Frankfurt, Germany, 17-04-06 )
New visions and creative concepts in the area of organic and printed electronics are what the OE-A (Organic and Printed Electronics Association), a working group within VDMA, aims to promote in its annual OE-A Competition. Once again this year, there were numerous submissions coming from all corners of the world. The four best submissions were awarded at LOPEC 2017 – the international trade fair and conference for printed electronics – in Munich, Germany.

"The OE-A competition was well-received by both companies and exhibition visitors", says OE-A Chairman, CTO of CDT UK and Sumitomo Chemical Fellow, Dr. Jeremy Burroughes. "We are particularly pleased, that more products and prototypes from different sectors, ranging from packaging and consumer electronics to automotive and wearables, could be showcased. This reflects the development of this innovative industry".

The twelve-member jury, consisting of representatives from international companies and institutes rated 28 submissions from 12 countries – a new record – in three categories. LOPEC attendees also got a vote. At the OE-A booth, where all demonstrators were on display, they were encouraged to choose their favorite demonstrator. The awards were handed out during the LOPEC Dinner to the following winners:

For the first time the title of OE-A Fellow was awarded. With this the OE-A recognizes individuals who have made significant, sustained contributions to the field of organic and printed electronics and the OE-A itself. OE-A Fellow 2017 is:

When Dr Jeremy Burroughes presented the certificate to Wolfgang Mildner he said; "Wolfgang Mildner had played a significant role in the founding of the OE-A and was chairman of the OE-A board of directors for six years. As General Chair for LOPEC since 2009, he has also helped in forming LOPEC and bringing it to today’s leading position. He has made exceptional contributions to the OE-A and LOPEC and we are looking forward to continuing our cooperation".

Young companies are promoted by the OE-A at the LOPEC Business Conference. Many innovative companies are looking for investors to bring their products and ideas to fruition. To continue the development of their technology and marketing strategies, they introduced their companies during the Start-up Forum. "The excellent quality of the presentations in this year's Start-up Forum clearly showed the progress of printed electronics," says Thibaud Le Séguillon, LOPEC Business Conference Chair, OE-A board member and CEO of Heliatek. A jury consisting of international industry leaders and researchers determined the winners.

NIR photodetectors based on organic semiconductors

Based on the great interest in the demonstrators and lectures -- particularly by end-users -- the OE-A will once again hand out awards in the various categories during the next LOPEC, scheduled to take place March 13-15, 2018.

The OE-A and Messe München are the hosts of LOPEC, the premier international exhibition and conference for the printed electronics industry. It addresses end-users, engineers, scientists, manufacturers, and investors. LOPEC 2018 will be held March 13th to 15th, 2018 at Messe München, Germany. www.lopec.com

The OE-A (Organic and Printed Electronics Association) was founded in December 2004 and is the leading international industry association for organic and printed electronics. The OE-A represents the entire value chain of this emerging industry. Our members are world-class global companies and institutions, ranging from R&D institutes, mechanical engineering companies and material suppliers to producers and end-users. Well over 200 companies from Europe, Asia, North America, South America, Africa and Oceania are working together to promote the establishment of a competitive production infrastructure for organic and printed electronics. The vision of the OE-A is to build a bridge between science, technology and application. The OE-A is a working group within VDMA. More than 3,100 member companies from the engineering industry make VDMA the largest industry association in Europe. www.oe-a.org