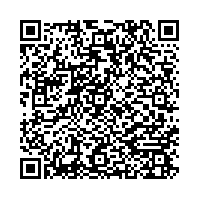 Subscribe to news
(PresseBox) ( Frankfurt, 17-03-15 )
Exhibits of the OE-A Competition 2017, the new OE-A Roadmap and the latest business climate survey reflect the current state of affairs in the organic and printed electronics industry.

Already in its seventh year, OE-A organizes the OE-A Competition for its members from all the different sectors of organic and printed electronics. Numerous international companies, research institutes and universities take part in this annual competition to present their ideas, prototypes, and concepts. The best submitted projects in each of the three categories – "Prototypes & New Products"; "Freestyle Demonstrator"; and "Publicly Funded Project Demonstrator" – will be honored at LOPEC 2017 in Munich, Germany.

This year there are products and prototypes from the packaging, wearables, smart buildings as well as consumer electronics and automotive sectors. In total, 28 submissions from 12 countries – a new record – will be showcased at the OE-A exhibition booth (Messe Munich, Hall B0, Booth 510) during LOPEC 2017. For example, there will be a jacket featuring illuminating OLED buttons, which are integrated into 3D printed cases, developed by Kent State University. Furthermore, Sabic produced a 3D in-mold human-machine interface which can be used, for example, in automotive applications. What makes this special is the integration of printed electronics, e.g. the touch-interface, conventional electronics and decorative surface all in one component.

Again this year, attendees can cast their votes and choose which demonstrator deserves the "Public Choice Award". The voters can also win something: an OPV-driven greeting card from OE-A member Armor Group will be raffled off.

The winner of the OE-A Competition 2017 will be announced on Wednesday evening, March 29 during the LOPEC Dinner & Award Show. "By hosting this competition, OE-A supports the ongoing market development of organic and printed electronics. The projects also support young researchers," says Dr. Klaus Hecker, Managing Director of OE-A, a working group within VDMA. "This is how we demonstrate how organic and printed electronics can be applied while in turn supporting new ideas and collaboration".

During LOPEC, OE-A will also present the seventh edition of its Roadmap, to which more than 250 experts have contributed. It describes the progress organic and printed electronics has made in recent years and undertakes a look into the future. OE-A experts have analyzed all previously existing applications and technologies and, based on that, formulated the latest trends in the industry. Furthermore, the latest OE-A Business Climate Survey will be presented during LOPEC.

Organic and printed electronics stands for a revolutionary new type of electronics: they are thin, lightweight, flexible, robust and produced at low cost. It enables new applications, including single-use devices enabling ubiquitous electronics.

The OE-A and Messe München are the hosts of LOPEC, the premier international exhibition and conference for the printed electronics industry. It addresses end-users, engineers, scientists, manufacturers, and investors. LOPEC 2017 will be held March 28th to 30th, 2017 at Messe München, Germany. www.lopec.com

The OE-A (Organic and Printed Electronics Association) was founded in December 2004 and is the leading international industry association for organic and printed electronics. The OE-A represents the entire value chain of this emerging industry. Our members are world-class global companies and institutions, ranging from R&D institutes, mechanical engineering companies and material suppliers to producers and end-users.

Well over 200 companies from Europe, Asia, North America, South America, Africa and Oceania are working together to promote the establishment of a competitive production infrastructure for organic and printed electronics.

The vision of the OE-A is to build a bridge between science, technology and application. The OE-A is a working group within VDMA. More than 3,100 member companies from the engineering industry make VDMA the largest industry association in Europe.