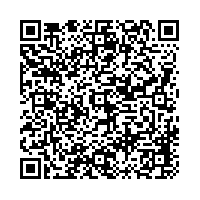 Today, 6 additional user reports (12-17/08) have been published, from the following users:

"I am often asked by users who are new to ODBMS to provide untainted, objective reports from other users who have used ODBMS before," says Roberto Zicari, editor of ODBMS.ORG. "To meet this demand, I have started a new series of interviews with users of technologies for storing and handling persistent objects. I define 'users' in a very broad sense, including business line managers, CTOs, software architects, consultants, developers, and researchers."

Prof. Zicari asked each users a number of equal questions, among them if they had an "impedance mismatch" problem. Each time data models, e.g. relational models, are used to persistently store data and the program language used, e.g. in object-oriented Java, are different, this is referred to as the "impedance mismatch"
problem. Users confirmed in different ways the existence of such a problem.

"We face the object versus relational model impedance mismatch in a significant number of our projects," confirms Ajay Deshpande.
"I do most of the development work in C++," concurs Mohammed Zaki, "and I have yet to find an elegant/scalable solution to the'persistency' problem."

On the contrary, Horst Braeuner is not developing software but relies on solutions from software ISP, which adds a complexity dimensions: "Sure we have an impedance mismatch BUT this is lesser influenced by ourselves than by the different software vendors/solution providers. There are no agreements between them to coordinate their development(s) and/or to use our stored data cross the different applications," says Horst Braeuner, CTO and CIO at the City of Schwaebisch Hall.

Michael Blaha with many years of experience as a consultant summarizes as follows: "The primary lesson is not to become enamored with a single approach of coupling relational databases to programming code and to consider all options."

Among wishes for new research/development in the area of object persistence in the next 12-24 months were an API-Model where all storage data can be stored, and persistency as a first-class feature of the programming language of choice.

ODBMS.ORG plans to continue the series of users reports on a regular base.
The complete initial series of user reports is available for free download:
http://www.odbms.org/downloads.html#odbms_ur

ODBMS.ORG (www.odbms.org) is a vendor-independent, not-for-profit educational program on object database technology and the integration between object-oriented programming and databases.
Designed by Prof. Roberto Zicari of Frankfurt University, the program's goal is to promote and further the use of object databases - by offering free resources for students, faculty and researchers at universities and research centers, as well as for JAVA and .NET developers in the commercial and the open source world.
Content is provided by a panel of internationally recognized experts, who share research articles and teaching materials with the community via the organization's Web portal.