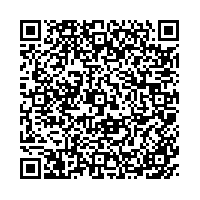 The panel addressed the ever open issue of the impedance mismatch, a problem which has existed ever since computers were used to persistently store data - in file systems or database management systems -, and where no fully satisfactory solutions have been found as of yet.

Alan Santos from data integration specialist Progress Software takes a different view: "Historically impedance mismatch has referred to the issues encountered when mapping data from a relational store into an object oriented data model. For some people, in some very practical ways, impedance mismatch is not an issue and has been solved with improvements in O/R mapping libraries and performance improvements in the runtime environments, as well as hardware itself."

Rick Cattell, formerly Distinguished Engineer at Sun Microsystems who has been instrumental in the foundation of J2EE, SQL Access/ODBC and JDBC, sees three solutions to overcome the mismatch: "The top three options for Java are JDBC, O/R mapping, and an ODBMS."

But panelists differed when asked about their views on whether object-relational mappers, relational databases and object databases were a suitable solution to the "object persistence" problem.

The panel also attempted to define new areas of research and development in object persistence. Microsoft's Blakeley: "I would like to see technologies like the EDM, EntitySQL, and EF be absorbed natively by relational database systems." UT Austin's William Cook, a father of Apple Script, Safe and Native Queries agreed and wished that "major database vendors implement OQL (or some variant, like HQL) as a native database interface to their databases."

Experts continue to contribute papers to the portal, such as the recent publication of the Moira Norrie, Michael Grossniklaus, et.al. (ETH Zürich) paper Semantic Data Management for db4o, a proceeding from the ICOODB 2008 conference in Berlin, fostering ODBMS.ORG's position to be the Internet's most up to date resource portal on object database technology.

ODBMS.ORG (www.odbms.org) is a vendor-independent, not-for-profit educational program on object database technology and the integration between object-oriented programming and databases.
Designed by Prof. Roberto Zicari of Frankfurt University, the program's goal is to promote and further the use of object databases - by offering free resources for students, faculty and researchers at universities and research centers, as well as for JAVA and .NET developers in the commercial and the open source world.
Content is provided by a panel of internationally recognized experts, who share research articles and teaching materials with the community via the organization's Web portal.