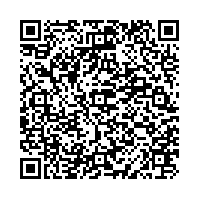 Subscribe to news
(PresseBox) ( Zurich, 08-10-28 )
.
- Both 12-month pivotal studies in patients with symptomatic Chronic Obstructive Pulmonary Disease (COPD) meet primary endpoints
- Data show reductions in moderate and severe exacerbations requiring medical intervention
- Application for marketing authorisation in EU and US expected in 2009
- Partnering process for commercialisation in the US to be initiated

Nycomed today announced encouraging results from a preliminary analysis of four Phase III trials of Daxas® (roflumilast) in the treatment of symptomatic COPD. Two pivotal 12-month studies met their primary endpoints, showing effects on exacerbation rates and pulmonary function (FEV1). Furthermore, two supporting six-month studies confirmed the efficacy of Daxas when used with standard bronchodilator treatments. Further analysis including the secondary endpoints is ongoing and full data from all four studies are expected to be published during 2009. In light of the initial data analysis, Nycomed expects to file for European and US marketing authorisation next year. The company will also initiate the process of identifying a partner to commercialise Daxas in the United States.

Commenting on today's announcement, Håkan Björklund, Chief Executive Officer of Nycomed, said: "We are extremely encouraged by the positive results from our preliminary analysis of four phase III trials involving more than 4,500 patients. We believe Daxas has the potential to make a significant contribution to COPD management and will therefore be a great addition to Nycomed's product portfolio."

Anders Ullman, Executive Vice President R&D, added: "COPD has a very high morbidity and mortality. Epidemiological data suggest that it is growing at a significant rate all around the world. Daxas is well placed to be the only anti-inflammatory product that specifically targets the inflammatory processes, which appear to play an important role in COPD. With final data from these four studies expected during 2009, we look forward to the next steps in the development of Daxas."

COPD remains a significant area of unmet medical need. It is a progressive and irreversible lung disease resulting in difficulty in breathing. The disease is characterised by severe episodes of worsening, called exacerbations. According to World Health Organization (WHO) estimates, 80 million people have moderate to severe COPD worldwide. More than 3 million people died of COPD in 2005, which corresponds to 5% of all deaths globally. The WHO predicts that total deaths from COPD could increase by more than 30% in the next 10 years unless urgent action is taken to reduce the underlying risk factors, especially smoking.
(see http://www.who.int/respiratory/copd/burden/en/index.html)

Nycomed's Daxas is an orally administered phosphodiesterase 4 (PDE4) enzyme inhibitor, targeting cells and mediators in the body believed to be important in the COPD disease process. Daxas is expected to act on the underlying mechanism of COPD and related inflammatory diseases. It could significantly improve the way these conditions are managed, reducing exacerbations requiring medical intervention, including hospitalisation. If approved, Daxas, a once-a-day tablet, will be the first drug in its class. It will also be the first oral anti-inflammatory treatment for COPD patients. Current treatment for COPD patients includes the use of inhaled bronchodilators and inhaled corticosteroids.

Nycomed's extensive programme for Daxas includes two international Phase III, 12-month trials, HERMES and AURA, which have recruited a total of 3,000 patients. The primary aim of both studies was to investigate the effect of Daxas on exacerbation rates and pulmonary function (FEV1) in severe and very severe COPD patients. Secondary endpoints included other lung function measurements and COPD symptoms as well as safety and tolerability. Daxas (500 ?g roflumilast) was administered orally once daily for up to 52 weeks. The randomised, double-blind, placebo-controlled studies were conducted in a number of territories, including the US, Europe, Canada, Australia, Russia, India and South Africa. Both HERMES and AURA met their primary endpoints. Further analysis, including of the secondary endpoints, is ongoing.

Two further Phase III studies, EOS and HELIOS, recruited more than 1,500 patients to evaluate the efficacy of Daxas when used concomitantly with standard bronchodilator treatments for COPD, ie, tiotropium or salmeterol. Both are multicentre, double-blind, randomised, parallel group studies in patients with moderate or severe COPD. The primary endpoints were a mean change in pre-bronchodilator FEV1 from baseline during the treatment period. Both EOS and HELIOS confirmed the efficacy of Daxas when used with standard bronchodilator treatments.

Nycomed is a privately owned pharmaceutical company that provides medicines for hospitals, specialists and general practitioners, as well as over-the-counter medicines in selected markets.
The company is active in a range of therapeutic areas, focusing on gastroenterology, respiratory, inflammation, pain management, osteoporosis and surgical management. New products are sourced both from its own research and from business partners.
Based in Europe, Nycomed is present in over 50 countries worldwide with increasing emphasis on fast-growing markets.
The combined group employs 12,000 people. In 2007, it had annual sales of ¤ 3.5 billion and an adjusted EBITDA of ¤ 1.2 billion.