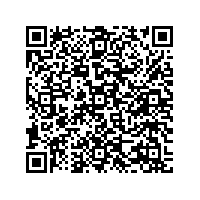 Nycomed today announced the submission of a New Drug Application (NDA) to the US Food and Drug Administration (FDA) for Daxas® as a once-daily oral treatment for patients with symptomatic COPD. The NDA submission is based on encouraging results from four Phase III trials of Daxas® (roflumilast) in the treatment of symptomatic COPD. Two pivotal 12-month studies showed positive effects on exacerbation rates and pulmonary function (FEV1). Two supporting six-month studies also confirmed the efficacy of Daxas when used with standard bronchodilator treatments. Full data from all four studies are to be published during 2009.

In May 2009, Nycomed also completed the submission of a Marketing Authorisation Application (MAA) to the European Medicines Agency (EMEA) for Daxas as a once-daily oral treatment for patients with symptomatic COPD. The filing is currently under regulatory review.

Håkan Björklund, Chief Executive Officer of Nycomed, said: "With its novel mode of action, Daxas represents an important new approach to the management of COPD - a disease which is predicted to become the third leading cause of death worldwide by 2030. The FDA filing, which follows the submission of Daxas to the EMEA in May, is another important step for Daxas in the key US market. Discussions with potential US commercialisation partners are now well advanced."

COPD remains a significant area of unmet medical need. It is a progressive and irreversible lung disease resulting in difficulty in breathing. The disease is characterised by severe episodes of worsening, called exacerbations. According to World Health Organization (WHO) estimates, 80 million people have moderate to severe COPD worldwide. More than three million people died of COPD in 2005, which corresponds to 5% of all deaths globally. The WHO predicts that total deaths from COPD could increase by more than 30% in the next 10 years unless urgent action is taken to reduce the underlying risk factors, especially smoking.

Nycomed's Daxas is an orally administered phosphodiesterase 4 (PDE4) enzyme inhibitor targeting cells and mediators in the body believed to be important in the COPD disease process. Daxas is expected to act on the underlying mechanism of COPD and related inflammatory diseases. It could significantly improve the way these conditions are managed, reducing exacerbations requiring medical intervention, including hospitalisation. If approved, Daxas, a once-a-day tablet, will be the first drug in its class. It will also be the first new approach to the management of COPD in a generation. Current treatment for COPD patients includes the use of inhaled bronchodilators and inhaled corticosteroids.

Its R&D is structured around partnerships and in-licensing is a cornerstone of the company's growth strategy.

Nycomed employs 12,000 associates worldwide, and its products are available in more than 100 countries. It has strong platforms in Europe and in fast-growing markets such as Russia/CIS and Latin America. While the US and Japan are commercialised through best-in-class partners, Nycomed plans to further strengthen its own position in key Asian markets.

Headquartered in Zurich, Switzerland, the company generated total sales of €3.4 billion in 2008 and an adjusted EBITDA of €1.2 billion.