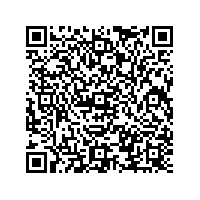 "We have turned the corner," said Jen-Hsun Huang, NVIDIA's president and chief executive officer. "We have restored our speed of execution and are regaining share in desktops. Only seven months after shipping our first processor based on the Fermi architecture, we have begun production on seven more GPUs, including the GeForce GTX 580, which sets a new standard for performance. The Fermi architecture is now in every segment of our desktop, notebook and workstation product lines."

"We've also made big strides this quarter in positioning ourselves at the center of cloud and mobile computing, which are transforming the computer landscape. Tesla now powers some of the world's fastest and greenest supercomputers. And Tegra will soon be featured in a range of smartphones and tablets we're building with our partners," he said.

The outlook for the fourth quarter of fiscal 2011 is as follows:

- NVIDIA held the second annual GPU Technology Conference, which highlighted the growth of parallel computing, with five times more papers submitted and twice as many sessions.

- The Tianhe-1A supercomputer, which incorporates 7,168 GPUs, was unveiled as the world's fastest supercomputer. Housed in the National Supercomputer Center, in Tianjin, China, the system is three-times more energy efficient than an equivalent CPU-only system and takes up half as much floor space.

- After quarter end, NVIDIA launched and shipped the GeForce GTX 580 graphics card, which was received positively by media and industry analysts.

Commentary on the quarter by David White, NVIDIA chief financial officer and executive vice president, is available at www.nvidia.com/investor.

NVIDIA (NASDAQ: NVDA) awakened the world to the power of computer graphics when it invented the GPU in 1999. Since then, it has consistently set new standards in visual computing with breathtaking, interactive graphics available on devices ranging from tablets and portable media players to notebooks and workstations. NVIDIA's expertise in programmable GPUs has led to breakthroughs in parallel processing which make supercomputing inexpensive and widely accessible. The Company holds more than 1,600 patents worldwide, including ones covering designs and insights that are essential to modern computing. For more information, see www.nvidia.com.

Certain statements in this press release including, but not limited to, statements as to: the company's financial outlook for the fourth quarter of fiscal 2011; the company's market share in desktops; the benefits of GeForce GTX 580; the impact of cloud and mobile computing; Tegra design wins; and the impact of the company's patents on modern computing; are forward-looking statements that are subject to risks and uncertainties that could cause results to be materially different than expectations. Important factors that could cause actual results to differ materially include: our reliance on third parties to manufacture, assemble, package and test our products; global economic conditions; development of faster or more efficient technology; the impact of technological development and competition; design, manufacturing or software defects; changes in consumer preferences or demands; changes in industry standards and interfaces; unexpected loss of performance of our products or technologies when integrated into systems; as well as other factors detailed from time to time in the reports NVIDIA files with the Securities and Exchange Commission, or SEC, including its Form 10-Q for the fiscal period ended August 1, 2010. Copies of reports filed with the SEC are posted on the company's website and are available from NVIDIA without charge. These forward-looking statements are not guarantees of future performance and speak only as of the date hereof, and, except as required by law, NVIDIA disclaims any obligation to update these forward-looking statements to reflect future events or circumstances.

Copyright © 2010. All rights reserved. NVIDIA, the NVIDIA logo, GeForce, and Fermi are trademarks or registered trademarks of NVIDIA Corporation in the United States and other countries around the world. Other company and product names may be trademarks of the respective companies with which they are associated. Features, pricing, availability, and specifications are subject to change without notice.