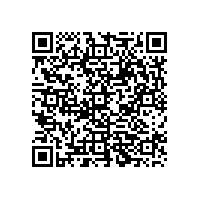 Secure VDI In The Age Of Botnets

(PresseBox) ( Hamburg, 14-07-01 )
It's not often that news from the information security industry reaches the early evening TV slots. However, the major disruption caused recently to the Gameover Zeus (GOZ) botnet certainly did.

In a collaborative effort to combat the botnet, the intelligence agencies of different countries, as well as leading information security vendors, worked together on the problem. They managed to give users a two week clear window in which to get their house in order, before command and control of the botnet was likely to have been won back by the instigators.

This collaborative action to stymie GOZ will surely be something we see more of in the future, as we strive to disrupt the increasingly fast, global spread of malware.

Indeed, this global collaboration theme was a key topic at the CPX Barcelona event in May, when Check Point announced the launch of ThreatCloud IntelliStore, a global marketplace for customers to select highly specific, relevant intelligence feeds from the likes of Crowdstrike and iSIGHT Partners ,and convert that intelligence automatically into additional protection, without further infrastructure change.

While GOZ itself is extremely dangerous, because it looks for banking and financial information on an infected host, its ability to download and install other malware, routinely CryptoLocker, makes it especially treacherous. As the FBI.gov page on the disruption action notes, it is estimated that around $30 million was paid in CryptoLocker ransoms between September and December 2013 alone. It's not surprising that Sky News ran a story reporting Cybercrime to be 'As lucrative as the drugs trade'.

While GOZ and CryptoLocker are undeniably an enormous problem for consumers worldwide, their effect on organisations from small businesses through to enterprises and public sector bodies is just as serious.

For a small business, with say twenty to two hundred PCs out in the (often remote) field, some infrastructure needs to be deployed, configured and trusted so malware can be detected and removed at the endpoint, and of course, preferably prevented from reaching the network and endpoint in the first place. For larger organisations, that problem is magnified, though they may have more resource with which to tackle the complexities.

While the viewpoint that we need new ways of looking at the problem can be wholly understood, and that we need to encourage vendors to be innovative, we also need to recognise that organisations need to work with the tools that are available to them today.

For example, Virtual Desktop Infrastructure (VDI) could be considered if it could provide the benefit of improved security, and better management of that security.

One of the problems with endpoint protection in VDI is the potential replication of the endpoint agent to each guest operating system. This can cause storms of traffic during updates, create replicas of databases, and create a high processing overhead during scans. Hypervisor level protection can provide a solution to this, though that is often limited to file level scanning.

The "Light Agent" approach from Kaspersky Lab provides the benefits of hypervisor level protection, along with the fuller protections associated with an agent installed on a desktop (malware control, application control, device control etc).

Having more desktops within just such a centralised environment means that they can often be kept secure more reliably, that they can provide a safer working environment for the user, and that they can be backed up more effectively. This might be a strategy worth looking at again. It will be interesting to see which service providers look to differentiate their services by providing such levels of protection.

Quite rightly, a centralised desktop infrastructure requires secure and flexible access to the data centre. This access might be required by regular VDI users who are looking to centralise desktop resources as described earlier, remote workers in the field, or perhaps users who are invoking a disaster recovery plan.

These different user groups may have very different requirements from their local computing hardware. A regular user would possibly find a tablet cumbersome to work with throughout the day and require a laptop or conventional "PC" setup, with keyboard and mouse, while remote workers may find access from a tablet far more convenient for the tasks they need to complete away from a desk.

A key user needing occasional access, or an IT Manager looking for a convenient ICE (In case of emergency) solution, might find a palm sized system-on-chip device that can be plugged into any HDMI monitor and connect wirelessly to network and input devices, the ideal solution for distribution and portability.

Such flexibility of device choice, tied with the security that only centralised management across all devices can provide (including remote device wipe), together with port and application control, makes Becrypt's tVolution suite suitable for any organisation looking to provide comprehensive secure access options into VDI services.

All this isn't at all to say that VDI is a panacea to the current wave of high profile malware distribution, but it is another tactic that can be considered after carefully looking at the tools at our current disposal.

Wick Hill is part of the Wick Hill Group, based in Woking, Surrey with sister offices in Hamburg. Wick Hill is particularly focused on providing a wide range of value added support for its channel partners. This includes a strong lead generation and conversion programme, technical and consultancy support for reseller partners in every stage of the sales process, and extensive training facilities. For more information about Wick Hill, please visit http://www.wickhill.com/... or www.twitter.com/wickhill

Recommend Secure VDI In The Age Of Botnets press release