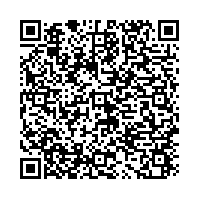 Subscribe to news
(PresseBox) ( Coral Springs, 10-07-29 )
Nutra Pharma has been issued a patent by the U.S. Patent and Trademark Office for a method of treating and preventing infectious diseases, including colds, flu viruses, and bacterial and parasitic infections, using modified and detoxified cobra venom and neurotoxins.

Nutra Pharma Corporation, a biotechnology company that is developing treatments for Adrenomyeloneuropathy (AMN), Human Immunodeficiency Virus (HIV), Multiple Sclerosis (MS) and Pain, announced today that it has received approval from the United States Patent and Trademark Office (USPTO) for its patent describing a method of treating and preventing infectious diseases, including colds, flu viruses, and bacterial and parasitic infections, using modified and detoxified cobra venom and neurotoxins.

The patent (US 7,758,894), titled "Modified elapid venoms as stimulators of the immune reaction," describes a method for treating and inhibiting infections by influenza viruses through the use of subcutaneous, intramuscular, or intravenous injections of therapeutically effective amounts of a detoxified and neurotropically active oxidized alpha cobratoxin or alphacobrotoxin protein. The patent continues by explaining clinical evidence supporting marked increases in the expression of genes associated with the production of gamma interferon through exposure to these detoxified proteins. Gamma interferon is considered a potent antiviral agent and regulator of the immune response.

"This patent represents an important addition to our intellectual property portfolio," commented Rik J Deitsch, Chairman and CEO of Nutra Pharma Corporation. "As we continue our efforts developing antiviral therapies using proteins from cobra venom, this patent will provide important ongoing support and protection of our research and development projects," he explained.

Recently, Nutra Pharma, through its drug discovery subsidiary, ReceptoPharm, introduced its novel antiviral therapy, PEPTERON, at the International AIDS Conference in Vienna, Austria. PEPTERON is based on the Company's leading drug candidate using modified cobratoxin, RPI-MN, and has been shown to inhibit the entry of several viruses that are known to cause severe neurological damage in such diseases as encephalitis and HIV.

Nutra Pharma Corporation (OTCBB:NPHC) (the "Company") operates as a biotechnology company specializing in the acquisition, licensing, and commercialization of pharmaceutical products and technologies for the management of neurological disorders, cancer, autoimmune, and infectious diseases. The Company, through its subsidiaries, carries out basic drug discovery research and clinical development, and also seeks strategic licensing partnerships to reduce the risks associated with the drug development process. Nutra Pharma's wholly-owned drug discovery subsidiary, ReceptoPharm, is developing proprietary therapeutic protein products primarily for the prevention and treatment of viral and neurological diseases, including Multiple Sclerosis (MS), Adrenomyeloneuropathy (AMN), Human Immunodeficiency Virus (HIV), and pain in humans. Additionally, ReceptoPharm provides contract research services through its ISO class 5 and GMP certified facilities. The Company's wholly-owned medical devices subsidiary, Designer Diagnostics, engages in the research and development of diagnostic test kits designed to be used for the rapid identification of infectious diseases, such as Nontuberculous Mycobacteria (NTM). Nutra Pharma continues to identify intellectual property and companies in the biotechnology arena that it investigates about possibly acquiring or establish strategic partnerships with.