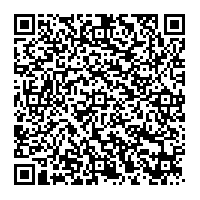 With an increase of over 15 percent to € 11.4 million (previous year € 9.9 million), the strongest growth was achieved in Management Security Services, the high-margin division on which management had particularly focused. In fact, before currency translation, growth in this segment exceeded 26% over the year as whole.

In the course of the year, there was a shift in the sales mix, with recurring sales increasing at a swifter rate than non-recurring sales. After strengthening still further in the fourth quarter, this encouraging trend is having a favourable effect on long-term strategic planning as it renders future payment flows more reliable.

At 33.5% (previous year 34.2%), the gross margin was spot on the average for the first nine months, while personnel and other operating expenses rose less quickly than sales. EBITDA widened by 10.9 percent to € 7.8 million (previous year € 7.1 million).

At € 48.0 million (previous year € 47.3 million), sales in the fourth quarter were the strongest, following on from steady growth in the consolidated top line throughout the entire year.

There was a clear improvement in the revenue structure compared with the same period one year earlier, with Managed Security Services performing particularly well, growing by a swifter 22.7% over the previous year.

At € 9.1 million, cash and cash equivalents were almost double the amount recorded in the previous quarter.

Market conditions and outlook for IT security

Whereas renowned IT research companies such as IDC, PAC and Forrester are forecasting fairly flat IT spending, considerable potential is seen for growth in IT services over the next few years despite the current economic conditions.

With its fast-growing IT services business, Integralis is in fact benefiting from the crisis as many companies are outsourcing IT services to harness swift savings. This business model is so far proving to be stable precisely in the face of difficult economic conditions.

As a leading international IT security solutions provider, Integralis offers its customers expert consulting and tailored services to protect their critical business processes. The Integralis product portfolio is based on leading-edge technologies and strategic partnerships oriented to planning, implementing and operating overarching information security architectures. Backed by top-quality skills and experience, the Integralis consulting team supports customers' IT security projects by offering structured methodical and technical consulting and implementation services. Integralis services provide 7/24 multilingual support for the day-to-day operation of customers' security systems around the world. Services comprise the telephone hotline, remote monitoring and administration as well as on-site support. Under the Integralis name, a global network of branches serves a large number of blue-chip companies and public authorities as well as many national and international businesses. Integralis AG is listed in Deutsche Börse AG's Prime Standard (ticker symbol AAGN, ISIN DE0005155030). Further information on Integralis is available on the Internet at www.integralis.com.