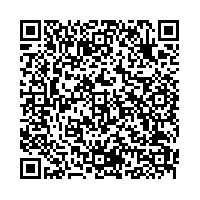 CDT, Sumitomo and Novaled plan to co-develop hybrid OLED devices combining both new polymer emitting layers and doped electron transport layers. It is expected that these hybrid devices will offer further improvements in power efficiency without additional manufacturing complexity. The parties have reached an agreement on how IP generated during the JDA will be handled. Further, Novaled will grant a license to CDT enabling CDT to add necessary Novaled device IP to its existing and future licenses. Each company will remain responsible to market its own materials resulting from this co-development.

"CDT continues to focus its effort on supporting the P-OLED supply chain and is pleased to be involved in yet another joint development project which has the potential of bringing new materials and improved device performance to our licensees", says David Fyfe, CEO of CDT.

"We are excited about the prospect of including new materials and device structures arising from a successful JDA between CDT and Novaled in our product plans. Having the support from CDT and Novaled, leading companies in their fields, increases the potential range of new products we can offer to the market", says Kazuhiko Miyata, General Manager of Sumitomo New Business Development office.

"Novaled, with its Novaled PIN OLED(TM) technology, is a leader in high efficiency OLED devices and a recognized supplier of specialised dopants and organic transport materials", says Gildas Sorin, CEO of Novaled. "We are pleased to contribute to the development of P-OLED devices and look forward to a successful collaboration with both CDT and Sumitomo Chemical. This co-development agreement is consistent with our strategy to promote our dopants in all organic electronic fields."

About P-OLEDs
P-OLEDs have a number of intrinsic advantages over other display technologies. For example,

- P-OLED , as part of the family of OLEDs, is an emissive technology: P-OLED devices emit light as a function of their electrical operation.
- P-OLED displays consists of polymer materials deposited on a substrate of glass or plastic, and do not require additional elements such as backlights or filters.
- P-OLED technology is very energy efficient and lends itself to the creation of ultra-thin lighting displays that will operate at lower voltages.

About CDT
Cambridge Display Technology (CDT), headquartered at Cambourne near Cambridge in the UK, is a pioneer in the development of polymer organic light emitting diodes (P-OLEDs) and their use in a wide range of electronic display products used for information management, communications and entertainment. P-OLEDs are part of the family of OLEDs, which are thin, lightweight and power efficient devices that emit light when an electric current flows. P-OLEDs offer an enhanced visual experience and superior performance characteristics compared with other flat panel display technologies such as liquid crystal displays, and have the key advantage that they can be applied in solution using printing processes. CDT was acquired by Sumitomo Chemical in September 2007. Together, CDT and Sumitomo lead the research and commercialization of light emitting polymer technology used in displays and lighting applications. More information on CDT can be found at: www.cdtltd.co.uk

While expanding business worldwide and aggressively pursuing cutting-edge R&D, Sumitomo Chemical continually strives to contribute to the sustainable development of society through its Responsible Care activities.

More information on Sumitomo Chemical can be found at: http://www.sumitomo-chem.co.jp/english/index.html