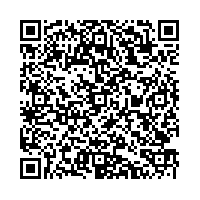 Subscribe to news
(PresseBox) ( Vienna, 09-08-19 )
The Austrian publisher, JoWooD today announced that the release of its awaited action-RPG title, ArcaniA - A Gothic Tale has been postponed to 2010.

ArcaniA - A Gothic Tale, the next opus of the Gothic series, is planned to come on Xbox 360, PS3 and PC. In its commitment to release a AAA title, JoWooD has committed substantial extra development budget for ArcaniA - A Gothic Tale to be a flagship title and one of the best RPG releases of 2010.

« A stong investment in quality and innovation is the way for a publisher like us to take a strong position in the RPG market. We want, with ArcaniA - A Gothic Tale to offer the best of the Gothic franchise, as we believe we have in our hands the game to compete against the best RPGs out there » says Albert Seidl, JoWooD CEO.

DreamCatcher Inc. is a leading worldwide publisher and distributor of interactive entertainment software. DreamCatcher Interactive is owned by JoWooD Productions, an Austrian based video game publisher traded on the Vienna stock exchange.

Established in 1996, the company markets its products under two popular labels: DreamCatcher Games, featuring the critically-acclaimed, bestselling game Painkiller; and The Adventure Company, the number one brand for PC adventure game sales worldwide including award winning titles such as Syberia and Agatha Christie: And Then There Were None.

DreamCatcher products include titles for Windows® as well as leading hardware platforms - the Xbox 360(TM) , PlayStation® 3, Nintendo DS(TM) and Wii(TM) .

JoWooD Productions Software AG (ATXPrime: JWD) is listed in the Prime Market segment of the Vienna stock exchange. JoWooD is a leading publisher of computer and videogames, releasing international acclaimed, high-quality titles for all existing and future gaming systems. JoWooD games are distributed worldwide by an efficient net of distribution partners. Visit http://corporate.jowood.com for more information.