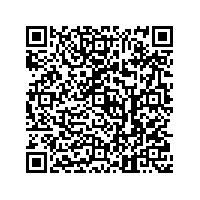 (PresseBox) ( Auckland/New Zealand, 09-03-03 )
Vodafone New Zealand, the country's leading mobile communication service provider, is looking to expand its 3G network to cover 97% of the places New Zealanders live, work and play by 31 May 2009 - a year ahead of schedule. Nokia Siemens Networks will provide site solutions and optimization for this expansion, which will see Vodafone customers across rural and urban areas gain access to high speed mobile broadband on the 900Mhz network.

This means that many people who have not had access to fixed broadband can now get mobile broadband, as well as popular 3G features such as mobile internet, full-track music downloads and video calling.

"The rollout of the 900MHz evolution of the 3G network ensures all New Zealanders can access the best technology, wherever they are," said Russell Stanners, CEO, Vodafone New Zealand.

"Over half a million customers are enjoying the benefits of our 3G network today. We have invested nearly NZ$3 billion in New Zealand, continually improving and extending our network through a progression of technology evolutions. This allows us to refine and optimize the technology we have chosen, rather than starting from scratch and building a new network each time," he added.

Vodafone has engaged Nokia Siemens Networks to extend its network. "Nokia Siemens has a powerful track record," said Stanners. "It was vital for us to choose a supplier that was capable of supporting our network launch under a tight timeline and who could handle an end to end verification and optimization for this accelerated rollout."

"It is a moment of immense pride for us to have won this contract from Vodafone New Zealand. It reaffirms the strength of our 15 year-old relationship with the company, which was a pioneer in GSM, and is now leading the next generation of its evolution in New Zealand," said Andrew Button, Customer Team Leader, Nokia Siemens Networks New Zealand.

Nokia Siemens Networks is the industry leader in WCDMA/HSPA. To date it has close to 150 3G radio network references, with over 110 networks in commercial use. The company is also the indisputable leader in EDGE, with close to 180 references and commercial deployments. Nokia Siemens Networks is the forerunner in flat network architecture with its I-HSPA innovation and end-to-end LTE solution enabling a smooth migration path for operators to LTE.

Vodafone offers New Zealanders the best choice for all their telecommunications needs - from mobile phones and mobile broadband to landlines and fixed broadband.