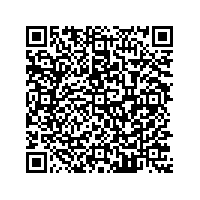 (PresseBox) ( Melbourne, Australia, 09-03-02 )
The Department of Transport in Victoria has decided to upgrade the existing analog communication system of its urban railway network with Nokia Siemens Networks' GSM-R. GSM-R is a digital communications solution which allows voice and data communication between train drivers and ground-based operational staff, ensuring better communication during routine and emergency situations, and thus enabling safer travel.

Under the turnkey and Managed Services contract valued at more than $150 million, a consortium of Nokia Siemens Networks and Siemens Mobility will implement the GSM-R solution to cover approximately 380 km of railway tracks within Victoria. It will provide network design, security, hardware, software, civil construction works and a full suite of operations, maintenance and management solutions over a five year period.

Commenting on the deal, Paul Tyler, Head of Nokia Siemens Networks, Australia and New Zealand, said, "This project is particularly rewarding since it comes as a result of a long campaign in having GSM-R accepted as the preferred Australian standard of future train radio systems. We've been entrusted with the implementation of the first GSM-R network in Australia and New Zealand, and are proud to be part of the ongoing modernization and upgrade of Melbourne's rail system."

GSM-R is the most advanced digital train radio technology standard and offers a wide range of benefits, including secure digital voice communications and data capability based on GPRS and EDGE, which enable improved coverage and higher reliability and availability. Unlike the standard mobile phone network of telecommunication carriers, GSM-R was developed to support the high safety standards and specific operational requirements of railways. GSM-R can help railway operators reduce costs by replacing multiple analog systems with a single streamlined digital system, and meet the increased signaling, safety and security demands of rail travel.

Nokia Siemens Networks is one of the inventors of the GSM-R technology, with Siemens researching and creating the GSM-R standard in the early 1990s. Three of the world's earliest GSM-R trial networks and the first commercial network have been supplied by Nokia Siemens Networks. To date, the company has deployed more than 20 GSM-R networks in 17 countries serving some 50,000 km of railways, making it the world's No.1 GSM-R vendor in both the number of commercial networks and the length of operated GSM-R lines. The company has an extensive track record in operating and maintaining GSM-R networks, all with the highest demand for security and safety.