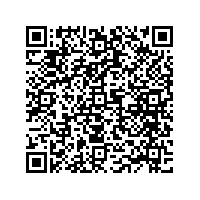 (PresseBox) ( Prague,Czech Republic, 10-07-15 )
Telefónica O2 subscribers in Prague and Brno will soon enjoy faster mobile broadband speeds. The operator is upgrading its network to 2.5G, EDGE (Enhanced Data Rate for GSM), technology to keep pace with growth in mobile data and the increasing use of smart devices. It has extended its existing contract with Nokia Siemens Networks to provide the upgrade with its energy efficient Flexi Base Stations.

"We were looking for a solution that not only enhances the network speed, but also brings substantially improved energy efficiency," said Petr Slovacek, COO, Telefónica O2 Czech Republic. "We chose Nokia Siemens Networks Flexi Base Stations for these two key attributes, in addition to their efficiency at helping increase battery life for our smartphone subscribers."

"As there is a growing demand for dataintensive applications used on smart devices, we are in an excellent position to support Telefónica O2," said Thomas Riedel, the head of Nokia Siemens Networks' business with the operator in Germany, the Czech Republic and Slovakia. "With our Flexi Base Stations, we also are able to provide much needed energy efficiency to their network."

Under the scope of this contract, Nokia Siemens Networks will upgrade Telefónica O2's 2G network by deploying its award winning Flexi Base Stations. In addition, the company will install, commission, integrate, project manage the upgrade as well as extend the operator's packet core network.

Telefónica O2 Europe is a business division of Telefónica comprising mobile, fixed, and DSL operations in the UK, Ireland, the Isle of Man, Germany, the Czech Republic, and Slovakia.