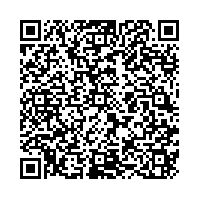 (PresseBox) ( Vancouver, B.C., Canada and Dallas, Texas, USA, 08-10-13 )
Reinforcing TELUS' leadership in the mobile broadband market and the ability to provide clients with the best service and networks in Canada, TELUS announced on October 10, 2008 its plans to build in association with Bell a next generation wireless network beginning immediately with equipment from Nokia Siemens Networks.

Initially based on the latest version of High Speed Packet Access (HSPA) technology, the network will complement TELUS' existing 3G network solutions and future-proofs TELUS for a smooth transition to fourth generation technology based on the emerging, global long-term evolution (LTE) standard. A full national launch is expected by early 2010.

"Since its inception, Nokia Siemens Networks has been committed to the Canadian market and its potential for further advancement in next-generation wireless services, so we are extremely pleased to have been selected by TELUS," said Sue Spradley, president, North America, Nokia Siemens Networks. "Nokia Siemens Networks will deliver to TELUS the industry's most advanced wireless network infrastructure that will position them for a seamless, cost-effective transition to LTE in the near future."

"After a comprehensive review, TELUS has selected NSN to provide their Converged Core including circuit, packet and harmonized subscriber management and their radio base station portfolio because of NSN's advanced solutions and their global carrier presence and reputation," said Eros Spadotto, executive vice president of Technology Strategy at TELUS.

Nokia Siemens Networks is the industry leader in WCDMA/HSPA, to date having over 130 WCDMA radio network references and enabling over 100 operators to launch HSDPA. Additionally, the company is the leading provider of mobile broadband solutions and driver of related standardization. Nokia Siemens Networks is the forerunner in LTE with its flat architecture innovation providing already today a smooth migration path for operators to LTE. Nokia Siemens Networks was also the first to demonstrate LTE technology with data speeds in the 160Mb/s range, and the first to demonstrate a handover between LTE and HSPA in 2006.

TELUS (TSX: T, T.A; NYSE: TU) is a leading national telecommunications company in Canada, with $9.4 billion of annual revenue and 11.4 million customer connections including 5.8 million wireless subscribers, 4.3 million wireline network access lines and 1.2 million Internet subscribers. TELUS provides a wide range of communications products and services including data, Internet protocol (IP), voice, entertainment and video. In support of our philosophy to give where we live, TELUS, our team members and alumni have contributed $113 million to charitable and not-for-profit organizations and volunteered more than 2.1 million hours of service to local communities since 2000. Nine TELUS Community Boards across Canada lead our local philanthropic initiatives. For more information about TELUS, please visit telus.com.

Nokia Siemens Networks is a leading global enabler of communications services. The company provides a complete, well-balanced product portfolio of mobile and fixed network infrastructure solutions and addresses the growing demand for services with 20,000 service professionals worldwide. Nokia Siemens Networks is one of the largest telecommunications infrastructure companies with operations in 150 countries. The company is headquartered in Espoo, Finland. www.nokiasiemensnetworks.com