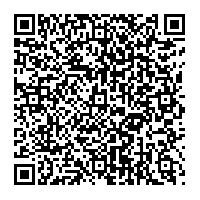 Subscribe to news
(PresseBox) ( Espoo, 09-02-18 )
Nokia Siemens Networks Flexi Base Station has been recognized as the world's most progressive mobile network technology at the annual GSMA Global Mobile Awards 2009. The Best Network Technology Advance award was announced at a gala dinner on February 17 at Mobile World Congress 2009, Barcelona.

Within its category, the GSMA was looking for the best answer to the question: how much does this new technology, application or service improve the network? In their deliberations, the judges had to take both the end users' and network operators' perspectives into account. The software definable Flexi, with its outstanding, energy efficient performance in the industry's smallest package, convinced the jury with a number of its particular benefits to operators, users and the environment.

"We jokingly refer to it as the "sexy Flexi" as it's the base station that all the operators want to be seen with," said Marc Rouanne, head of Nokia Siemens Networks Radio Access business. "To have it recognised more widely within the industry just reinforces that view."

Nokia Siemens Networks launched this award winning HSPA and LTE capable Flexi a year ago as a new member of the small, modular and energy-efficient Flexi Base Station family. Already in deliveries, Flexi makes full use of the software defined radio concept, providing a smooth path to LTE. The Flexi Base Station can be deployed with WCDMA/HSPA and upgraded to LTE with software only, without a need for new hardware investments.

The 2009 Awards judges said: "A worthy winner, based on the successful Flexi concept, but incorporating new baseband and radio technology that enables operators to migrate from 3G/HSPA through to LTE, and NSN's commitment to how it will support this type of migration strategy."

This unique capability of Flexi was expanded to support all 3GPP technologies from GSM/EDGE and WCDMA/HSPA to LTE - all running concurrently in a single unit - with the launch of the Flexi Multiradio Base Station, on February 5, 2009. For operators coping with cost challenges, running multiple radio technologies in a single Base Station means reduced OPEX from fewer site visits, simplified logistics, reduced maintenance and a smaller requirement for trained staff. For users, a software defined base station promises faster access to new attractive mobile services and improved service experience through faster call setup time, better terminal power consumption and lower latency.

By developing Flexi, Nokia Siemens Networks has also done pioneering work to reduce the carbon footprint of mobile networks where base stations alone can account for up to 90% of a mobile network's total energy consumption. For example, a typical configuration of Flexi Base Station running WCDMA/HSPA, consumes only 430W, over 70% less than previous generations, without impacting performance. For a typical European WCDMA/HSPA operator this will mean close to 70 GWh annual energy saving. No other base station in the market can match these results.

The unique modular design of the Flexi - it is only 20% of the size and weight of a conventional base station - also minimizes the carbon footprint from transportation and installation. Flexi has been developed to work without the need for external air conditioning, typically bringing a 30% reduction in site energy consumption. Its footprint is further diminished by its software-based capacity and capability upgrades. Where conventional base stations require partial replacement of their hardware and site visits by service technicians, the Flexi can be upgraded via remote software downloads. Furthermore, the Flexi Base Station is also capable of using renewable energy such as wind or solar power. Like all Nokia Siemens Networks products, the Flexi's design has taken into account the ease of recycling at end of its life.

"On behalf of the GSMA I would like to congratulate you on your success in the 2009 Global Mobile Awards. Your nomination, made by the global panel of expert judges, is outstanding recognition in an industry renowned for innovation," said Rob Conway, CEO of the GSMA.

A demonstration of the award winning Flexi Base Station can be seen at Mobile World Congress, Barcelona, on Nokia Siemens Networks booth (Hall 8, 8B157).

The Global Mobile Awards 2009, provides the industry with a stage to showcase to the outside world the very best mobile services, products and initiatives that are fuelling tremendous growth of mobile communication. The competition is an established centre-piece of the world's leading event for the mobile communications industry, the Mobile World Congress, held 16-19 February in Barcelona.

Flexi Base Station was awarded under Best Network Technology Advance category, open to network operators and companies and organizations that develop or manufacture mobile network products, accessories and applications for network operators. Entries could be submitted only for products that are commercially available.
http://www.globalmobileawards.com/index.shtml