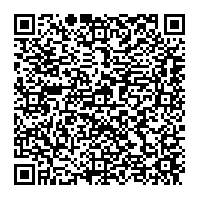 Subscribe to news
(PresseBox) ( Espoo, Finland, 17-01-24 )
Enterprise Private Cloud Total Cost of Ownership (TCO) model forecasts a minimum of 25 percent savings - over five years - on overall IT costs for large enterprises that adopt a private cloud versus a  legacy IT environment; break-even in less than three years
Analysis applies to OpenStack®-based private clouds, coupled with software defined networking (SDN) technology and built with off-the-shelf components from a range of vendors
Nokia offering a custom analysis free of charge for large enterprises from now until June 30, 2017


Most large enterprises can save a minimum of 25 percent on their IT costs over five years by moving to a private cloud from a legacy IT environment, according to a financial analysis conducted by Nokia. The analysis, known as the 'Nokia Enterprise Private Cloud TCO Model' - the first of its kind in the industry - also demonstrates that enterprises can expect to break even on their private cloud investment in less than three years.

Advocates of enterprises moving to private cloud have typically focused on the operational and business benefits that this approach can offer, in terms of flexibility, agility and the ability to scale quickly. The analysis underlying the Enterprise Private Cloud TCO Model is among the first available in the market that exclusively explores the question that is most critical to IT managers - what are the cost benefits of this move? The model shows that the common assumption that private cloud is too difficult or costly to adopt is wrong, and that large enterprises should make the move directly to private or public-private hybrid cloud because it utilizes off-the-shelf components and is less expensive.

The analysis began with an existing budget for a representative legacy IT environment, and contrasted that with the requirements of a shift to a private cloud model and associated costs. More specifically, the analysis takes the overall operational budget of the enterprise data center (eliminating costs that will be largely the same in either scenario such as facilities costs - power, rent, air conditioning/heating), and then provides a high-level breakout by the software or operational tasks performed. The breakout was then used to calculate potential cost impacts - both increases and decreases - for a cloud environment.

Nokia's financial model is based on a private cloud, or private-public hybrid cloud architecture that can be built at any large enterprise today, incorporating commercial components from a variety of vendors as well as open source components including OpenStack® cloud management software. The model also assumes that the cloud architecture is one that does not require 'forklift' replacement of the IT environment, but instead sits on top of the existing IT infrastructure as an overlay. As a result, it also assumes a deployment strategy that would minimize changes to day-to-day IT operations.

Leading industry analyst firm IDC validated the model overall, including the ranges of potential increased and decreased costs by category.

Randy Perry, Vice President, Business Value Strategy, IDC, said: "IDC has conducted an extensive analysis of the structure and operation of the Nokia Enterprise Private Cloud TCO Model. We are satisfied that the assumptions, all supported by 3rd party references, are reasonable and comprehensive enough to establish a fair comparison of total costs of private cloud and legacy environments. Also, the industry data and default settings fall within acceptable ranges based on IDC business value research with over 450 enterprises over the last two years. Finally, the algorithms and methodology for calculating cost savings are accurate and adhere to commonly accepted financial guidelines."

Mike Loomis, head of the large enterprise segment at Nokia, said: "The Private Cloud TCO Model we are introducing today is an industry first. Most advocates for the deployment of a private or hybrid cloud in large enterprises focus their arguments on the benefits offered by a cloud approach, be it faster deployment times for new applications, a more flexible approach to deploying and managing their resources and similar claims. While these claims in many cases are legitimate, our model differs by addressing the core concerns most enterprise IT managers have: is this move worth the investment, and are the savings really there? Our analysis provides a resounding 'yes'. Better yet, IDC, a highly respected analyst firm, agrees."

Lauren Sell, Vice President Marketing and Community Services, OpenStack Foundation, said: "More and more enterprises are embracing OpenStack-powered private clouds for their performance advantages and their cost savings - both over public clouds and proprietary private clouds. The Private Cloud TCO Model developed by Nokia is the latest example of OpenStack community members creating valuable and validated tools that can help enterprises as they plan and execute their strategies for agile, open cloud."

The cost savings identified by the model were calculated using the most conservative assumptions available, based on the needs of highly regulated industries such as finance and healthcare. Further, increased costs, such as the costs of migrating legacy applications to the cloud, were calculated at the upper end of a possible range of values. Therefore the overall 25 percent cost savings can be considered a minimum baseline - actual savings in practice would likely be considerably higher.

Today, the Nokia Enterprise Private Cloud TCO Model offers a generic analysis of likely cost savings for large enterprises. For enterprises that are interested, it can quickly be modified to incorporate a particular enterprise's data and deliver not only a custom savings but also a budgeting estimate by cost category. Nokia will perform such analysis tasks without charge for large enterprises from now until June 30, 2017.

Nokia is a global leader in creating the technologies at the heart of our connected world. Powered by the research and innovation of Nokia Bell Labs, we serve communications service providers, governments, large enterprises and consumers, with the industry's most complete, end-to-end portfolio of products, services and licensing.

From the enabling infrastructure for 5G and the Internet of Things, to emerging applications in virtual reality and digital health, we are shaping the future of technology to transform the human experience. www.nokia.com